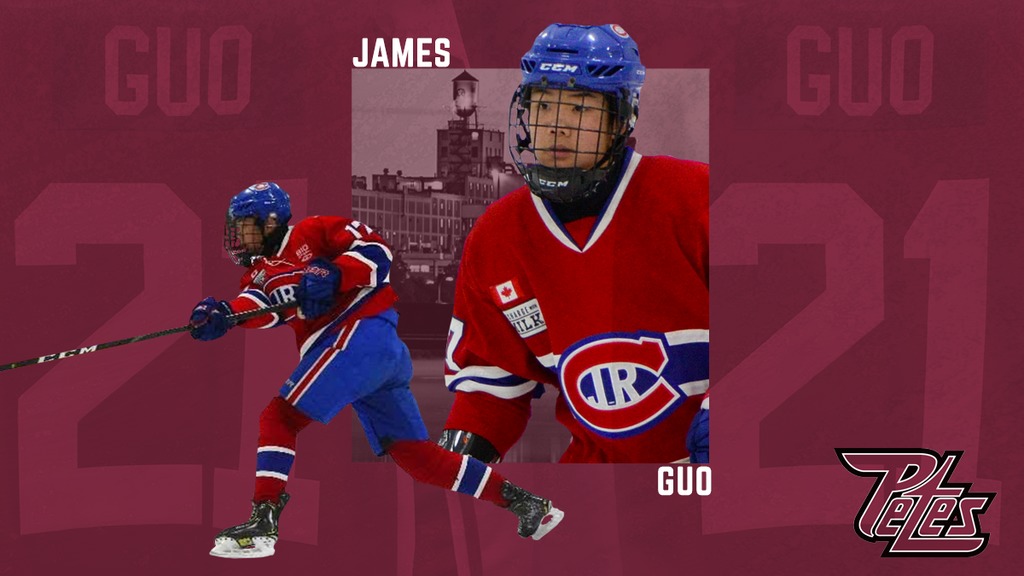 Being drafted in the OHL Priority Selection is a massive accomplishment,  reflecting a minor hockey player’s countless hours of commitment, dedication, and hard work to their on-ice craft. For some, this would be where the training stops, but for James Guo, the Petes third selection at the 2021 OHL Priority Selection, it’s only the beginning.

When speaking with Guo regarding how he prepared for this year’s OHL Draft despite having his hockey season shut down, he explained that he stayed extremely motivated and focused on his goals throughout the pandemic. Guo trained a minimum of five times a week to make sure he could stay in top hockey shape. “I had to adapt my workouts, as I do not have a home gym. I started running often and using free weights exercises to work out. I was not going to use the lockdown as an excuse for not getting my work in,” said Guo.

Throughout the lockdowns, Guo was constantly looking for additional ways to improve his overall game,leading him to begin focusing on his mental game. Guo would watch the finer details of how NHL players played the game. “I wanted to watch the pros and take note of the smaller details in their game, because that’s what really matters at the next level,” Guo explained.

We’ve selected a d-man with our first pick of the day!

Before every game, James puts on rollerblades and skates around his garage visualizing plays that he wants to make on the ice. This warm-up routine helps him get physically and mentally prepared. When asked why he started to take up mental game training now, Guo stated, “I could spend all the time in the world in the gym and on the ice training my strength and skills, but I wanted something different that could take my game to the next level. I think training the mental side of my game has really elevated my play overall and made me a better player.”

Guo understands that while this is an exciting milestone making the move from AAA hockey to the OHL, it can also come with many challenges as well. That being said, he feels that his journey throughout minor hockey has prepared him well to tackle these obstacles and any adversity he may face, head-on. “When playing with the Junior Canadiens, we would often battle for championships and the top spot in the standings all year. I think playing with this pressure each and every time I step onto the ice will prepare me well for dealing with the pressures and demands that come with being an OHL player.”

When asked what he would look forward to most about coming to Peterborough, he immediately referenced the fans. “I love the fans. There is always a lot of passion in small hockey towns, and I know the people of Peterborough love their Petes.” Guo went on to explain that he has had some experience being on his own travelling around the world for hockey tournaments and looks forward to the possibility of living with a billet family and getting immersed in the community of Peterborough.

“I would love a close connection with the community and the fans.”

The 6”1 defenceman is sure to bring his great hockey IQ and edgework to the Memorial Centre for training camp come September. “I can’t wait to showcase my talents and make Peterborough proud,” said Guo, and we can’t wait to see James and the rest of our draft picks in Peterborough when the Petes get set to finally return to the ice. 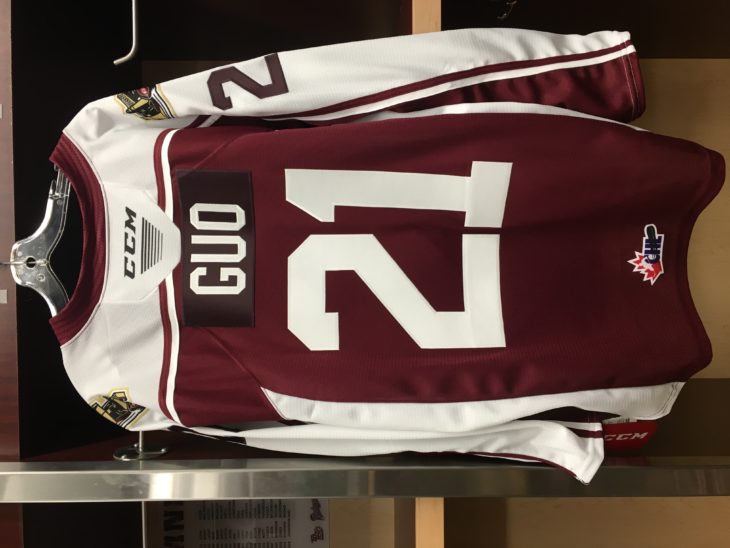