“I learned from one of the best coaches in the history of the game“: How Gary Green became the youngest head coach in NHL history 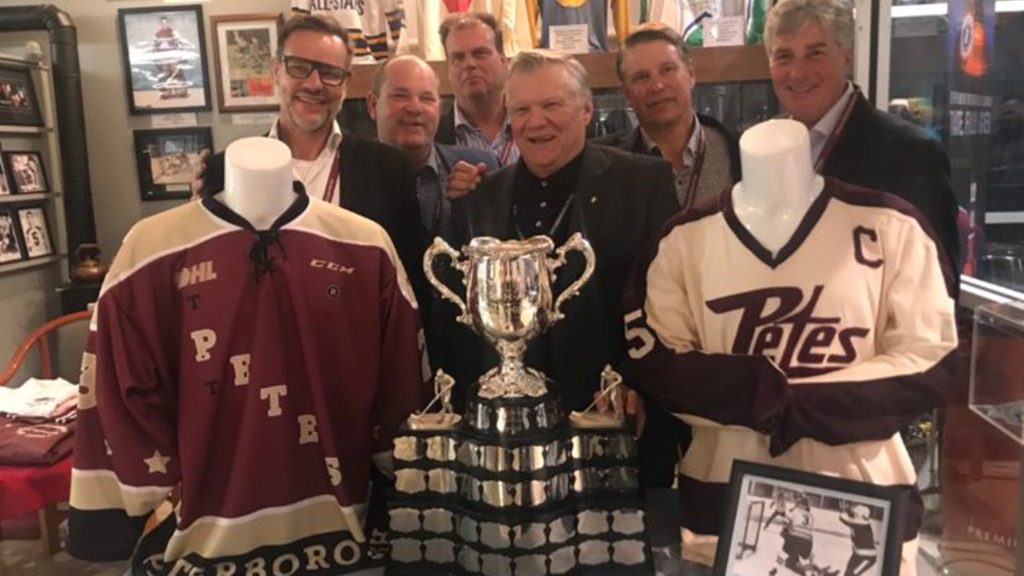 At that time, assistants were rarely seen in hockey, even at the game’s highest level. Green, a native of Tillsonburg, Ont. who’d been coaching with Tam O’Shanter Hockey School, wanted to learn from one of the most innovative and well-respected coaches in hockey. He was keenly aware of Nielson’s progressive coaching methods, seeing as his childhood friend, Colin Campbell, was playing under him as a member of the Petes.

Nielson was happy to have him, but the organization didn’t have enough money to hire a full-time assistant coach. Eager to learn the craft, he agreed to work for free, on one condition: Nielson, a teacher by trade, could help find Green’s wife, Sharon, a job teaching in Peterborough.

Always looking for an advantage, Nielson accepted the challenge, brought Green on as his assistant, and managed to find a teaching gig for Sharon in the Lift Lock City. Green was only 21.

“I learned from one of the best coaches in the history of the game,” Green recalled proudly, 46 years after joining Nielson’s staff.

The experience of learning under one of hockey’s greatest coaches propelled him to hockey superstardom. When Nielson left the Petes in 1976, Green took over as head coach and general manager, eventually leading the Petes to their only Memorial Cup championship in 1979.

He then moved to Hershey, Pa. to coach the AHL’s Hershey Bears during the 1979-80 season, a position that had him working closely with future Hall of Famer, Frank Mathers. Not only did Green coach alongside former Pete Doug Gibson, but that Bears squad also boasted Ron Lalonde (‘70-‘72) and Greg Theberge (‘76-‘79), the latter of whom played on the Memorial Cup championship Petes in 1979.

One day, he was pulled off the ice during a practice by Mathers and told he needed to take an urgent phone call. Mathers, a well-travelled veteran of the league, knew that Green was going to be offered a head coaching job with the NHL’s Washington Capitals.

“They’re going to ask you whether or not you’re ready,” Mathers told Green.

“What do you think, Frank?” Green responded.

With that, Green accepted the job to become the youngest head coach in the history of the NHL at the age of 26, a feat that remains to this day. Sharon hadn’t even had the chance to unpack all their boxes from the move from Peterborough to Hershey. Nevertheless, he accepted the job and moved to Washington.

Still, he was nervous about the prospect of being an NHL coach. Upon first meeting the Capitals at Boston Garden ahead of a game against the Bruins, Green immediately connected with the team—which included 50-goal scorer Dennis Maruk and future Hall of Famer Mike Gartner—and was honest with them about how he felt.

“I don’t expect you to respect me as a coach right now,” Green told his players, some of whom were older than him, that night. “But, I’m asking you to give me two weeks to earn that respect. Just give me an open ear to show you that I know how to coach.”

While in Washington, Green earned the respect of his players, racking up 50 wins in two seasons at the helm of the club. As a coach, he garnered significant praise and was hailed as a wunderkind; he appeared on the cover of The Hockey News and attended the inauguration of Ronald Reagan in 1980.

Though he had the support of then-Capitals GM Max McNab, Green knew that his time would soon come. The Capitals had missed the playoffs in two straight seasons and fired him after the 1981-82 season.

“It wasn’t a surprise because we had been on a losing streak,” Green remembered. “I knew what had to be done in Washington.”

After being fired, Green didn’t pursue future opportunities in coaching. He was looked at for coaching positions with the Hartford Whalers, Toronto Maple Leafs, and New York Rangers, but chose to pivot to broadcasting, eventually appearing on TSN, USA Network, Fox, and NHL Radio as an analyst.

“I was in people’s living rooms for 31 years,” he said proudly.

Along the way, he became a partner in Can/Am Hockey, one of the world’s leaders in youth and adult hockey training camps. Currently, he works with Brisbin Brook Beynon (BBB) Architects—the firm responsible for the renovations of New York’s Madison Square Garden, Philadelphia’s Wells Fargo Center, and dozens of others—as a senior director, a role that has him pitching the firm to prospective stadium builders and partnered teams.

“Because my face was in so many people’s living rooms, I had an easier time getting into boardrooms,” Green joked about his effectiveness in his current endeavour.

Now back living in Tillsonburg, Green looks back on his days in Peterborough (and Washington) with incredible fondness. He may not have had the most illustrious career in coaching, but his work ethic and willingness to pay his dues not only cement his place in NHL history, but spawned a whole new set of opportunities for him in the game.