“It was an electric atmosphere”: Behind Sebastian Bach’s legendary Memorial Cup anthem performance 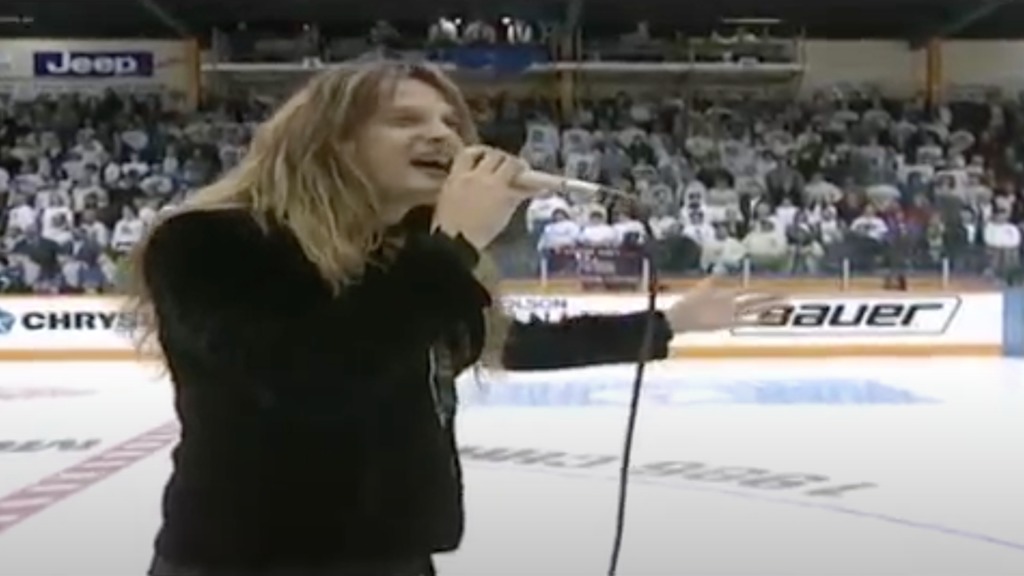 On May 16, 1996, just before the start of the OHL’s J. Ross Robertson Cup Finals, a shadowy figure walked to centre ice at the Peterborough Memorial Centre. Dressed exclusively in black, with long, blond hair falling down the middle of his back, he carried a microphone connected to a seemingly endless cable in his right hand. As he reached the Petes logo, he turned friskily, smiled charismatically, and pointed towards the boards with a laid-back nod. Then, he belted out a version of the Canadian national anthem that evoked shades of Axl Rose or, in Canadian terms, Rush’s Geddy Lee. 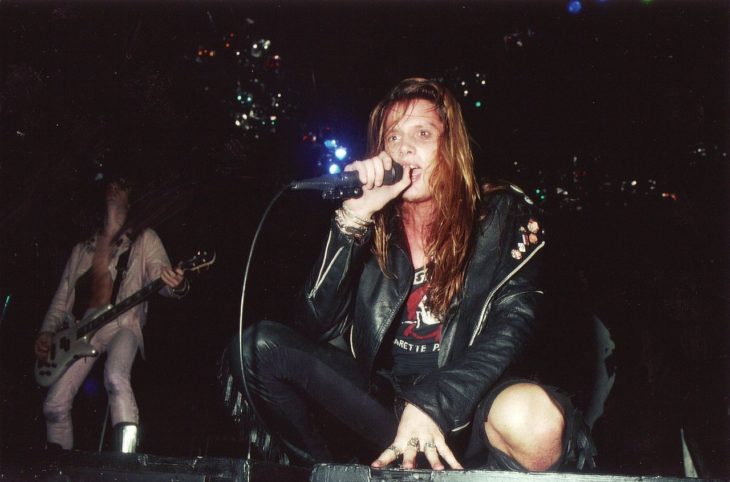 That man was Peterborough native Sebastian Bach, the lead singer of famed glam metal band Skid Row. At the time, Bach and the band were coming off the release of their 1995 chart-topping record Subhuman Race and had just returned from a string of shows in South Korea and Thailand.

Bach (born Sebastian Bierk) came from a family of local artists; his father, David, painted the picture of Queen Elizabeth II that hangs above the skybox at the Memorial Centre, while his sister, Dylan, is a model and actress. Better known among the Kawarthas, Bach’s brother Zac Bierk was the Petes’ goalie from 1993-97, and started in 58 games for the maroon and white that season.

While not as internationally renowned as some members of his family, Bierk was a local celebrity, putting up a .910 save percentage that season and anchoring the team in crucial moments.

“It was an electric atmosphere,” Bierk, now the goaltending coach for the Ottawa Senators, said in an interview with A Taste of the Kawarthas Magazine in 2019. “It was just the energy of the whole city and our group.”

Instead of having to go through his brother’s booking agent or record company, Bierk simply asked to have him sing the anthem in Peterborough. To his surprise, Bach accepted and soon graced the ice ahead of one of the biggest games of his brother’s life.

Still, the desire to have Bach appear came directly from the top: then-general manager Jeff Twohey.

Twohey isn’t just a man of hockey. Sure, he’s spent his life around the game, serving in various scouting, management, and coaching capacities for decades, but there is more to him than meets the eye. In addition to having taken in over 3,000 games at all levels of competition, Twohey sometimes trades in hockey for headphones. Yes, like many of his ilk, he has a love of classic rock music.

“I’d be lost without my music,” Twohey remarked 25 years after Bach’s performance.

Twohey grew up a fan of Bob Seger, Ozzy Osbourne, and Grand Funk Railroad, which naturally drew him to Bierk, at least initially.

In the early-90s, Twohey scouted Bierk while he was playing for Trinity College in Port Hope, Ont. As a developing goalie, Bierk wasn’t incredibly promising despite his athletic frame. Still, Twohey took a chance on him and kept him around longer than some of his Petes colleagues would’ve hoped.

To the organization’s surprise, Bierk blossomed into a stellar goalie who was eventually taken in the ninth round of the 1995 NHL Entry Draft by the Tampa Bay Lightning. But while in Peterborough, Twohey and company were impressed by his dedication and hoped his rockstar brother would help them inject life into their in-stadium entertainment.

“I wasn’t really optimistic that [Bach] would do it,” Twohey remembered of Bierk’s asking his brother.

But, lo and behold, Bach enthusiastically agreed to appear, making the game an even more anticipated event.

Though there exists no video footage of Bach after the anthem’s conclusion, legend has it that he swung his microphone around in a way that reminded Twohey of The Who’s Roger Daltrey. While Twohey loved it, his then-8-year-old daughter scoffed at his fandom of what seemed to be an out-of-place performance.

“It was a highlight of all my years [in Peterborough],” Twohey said fondly. “To see him face the painting of the Queen that his dad painted and Zac [being the] starting goalie [was] pretty special.”

According to Twohey, Bach didn’t just sing the anthem and leave; he ran through the crowd, banged on the glass, and got the fans excited during the team’s 2-1 victory over the Guelph Storm. He wasn’t just an anthem singer, he was the most energetic fan in the arena.

“The great part of it was that Sebastian was so good to Zac and the whole family was so tight-knit,” Twohey noted.

Though Bach’s performance at the Memorial Cup may have ruffled the feathers of the more traditional hockey fans who weren’t accustomed to Bach’s brand of glam metal, it remains one of the most iconic moments in the history of the Petes.