“It’s a dream job for me“: How Paul McIntosh went from Pete to pro scout 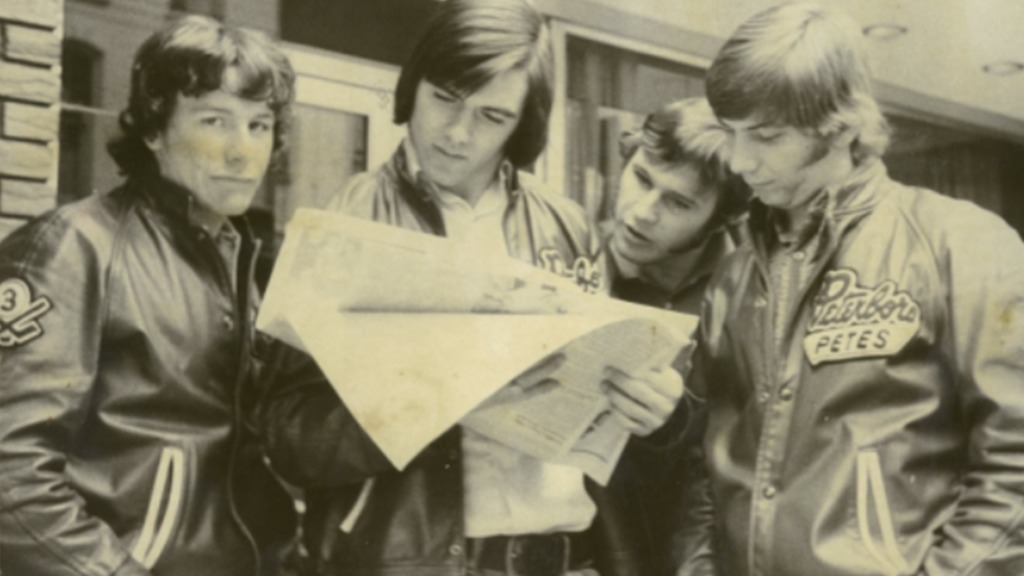 The world of professional hockey in 2021 is filled with complex analytics and technological advancements that make the game a more calculated and measured contest. Over the last few years, the National Hockey League (NHL) has seen the introduction of iPads on the bench, cutting edge puck-tracking software, and a host of other programs that help teams optimize their strategies on the ice.

While this progression may not mean much to the casual hockey fan, those in the industry are becoming increasingly aware of its impact on the sport. Perhaps one of the most fascinating case studies of the integration of tech in hockey is former Peterborough Pete Paul McIntosh, who since 2014 has served as the Head Professional Scout for the NHL’s Dallas Stars. While slightly older than many of his fellow NHL scouts, McIntosh still embraces the use of analytics, albeit only if balanced with a good old-fashioned eye test.

“There’s no number that quantifies desire,” McIntosh said, speaking to the limits of analytics in hockey. “You don’t put all the eggs in one basket.”

Regardless of approach, the goal for McIntosh remains the same: Gather as much information as possible about players on rival teams.

“Our goal is to know them as well as the teams they’re playing for,” McIntosh concluded, speaking from his home in London, Ont.

Without mincing words, McIntosh has one of the most revered positions in hockey, and it all started in the friendly confines of the Peterborough Memorial Centre.

Known to his teammates as “Mac”, the Listowel, Ont. native appeared in 154 OHL games, scoring 25 goals and tallying 68 assists from 1971 to 1974. Back in those days, players received room and board and were also granted $10 a week to spend on whatever they chose. Though McIntosh was more excited about playing hockey than he was attending classes at nearby Sir Sandford Fleming College, he looks back on his time in Peterborough with immense pride and affection.

“Those three years that I played for the Peterborough Petes were three of the best years of my life,” McIntosh remembered fondly, calling the OHL the “best league in the world”.

“Peterborough’s such a unique, beautiful city and they support the team so well,” he added. “Nobody felt they were bigger than the team.”

After being drafted by the Buffalo Sabres in the fourth round of the 1974 NHL Amateur Draft, he appeared in 42 NHL games before a brief stint in the American Hockey League (AHL) and the now-defunct International Hockey League (IHL). He may not have had the most glamorous playing career, but he was able to achieve two of his professional dreams: Play a game in the NHL and get his name on a hockey card.

But like many hockey lifers, McIntosh’s true impact on the game came after his playing career. Upon retirement, he coached the OHL’s London Knights for three seasons and eventually became their general manager in 1995.

After leaving the Knights amid a shift in the team’s ownership, McIntosh went looking for his next opportunity in hockey. Naturally, he called up an old Petes teammate, Hockey Hall of Famer Bob Gainey, who at the time was the Dallas Stars’ general manager.

Gainey was looking to expand the team’s professional scouting department, an undertaking that he anticipated would become a vital part of the organization’s success, and offered McIntosh a job as a scout.

“My timing couldn’t have been any better,” he remarked of calling Gainey, remembering that he “almost jumped through the phone” when he was told that there was interest in bringing him on.

“It’s a great behind-the-scenes job where they’re paying you to watch hockey,” McIntosh noted gleefully. “I pinch myself everyday, it’s a dream job for me.”

Before the COVID-19 pandemic struck, McIntosh attended 25 games a month in person, focusing primarily on the Ottawa Senators, Toronto Maple Leafs, Columbus Blue Jackets, Detroit Red Wings, Buffalo Sabres, Pittsburgh Penguins, and their respective AHL affiliates. He’s almost always on the road, but it’s all in the name of helping his organization learn more about their competition and making them the best team they can be.

And so, like many of his fellow former Petes, Paul McIntosh remains firmly embedded in the world of professional hockey. He may be in the press box instead of behind the bench or on the ice, but he’s still able to live out his hockey dreams.