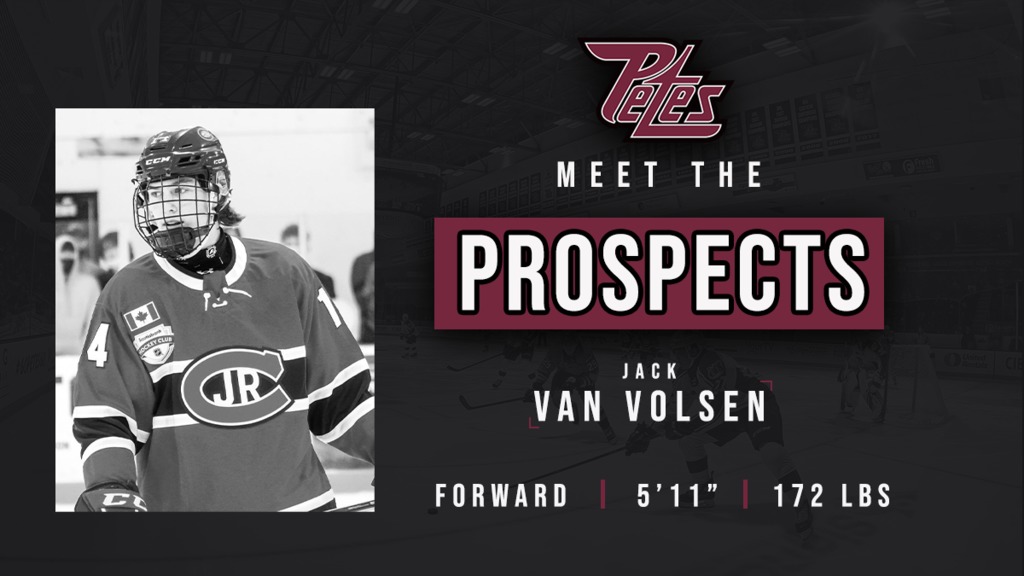 The Brooklin, Ontario native suited up for the Toronto Jr. Canadiens of the GTHL during the 2021-2022 season where he recorded 46 goals and 64 assists for 110 points in 57 games. Jack will be wearing number 14 when he plays his first game as a Pete this upcoming season.

“My most memorable hockey moment would definitely be this past year winning the Silver Stick in Whitby with the Junior Canadiens. I played for Whitby my whole life, so it was special coming back to that arena and having one last tournament there” said Van Volsen.

Van Volsen was also among the 40 OHL prospects that were recently invited to Hockey Canada’s National Under-17 Development Camp.