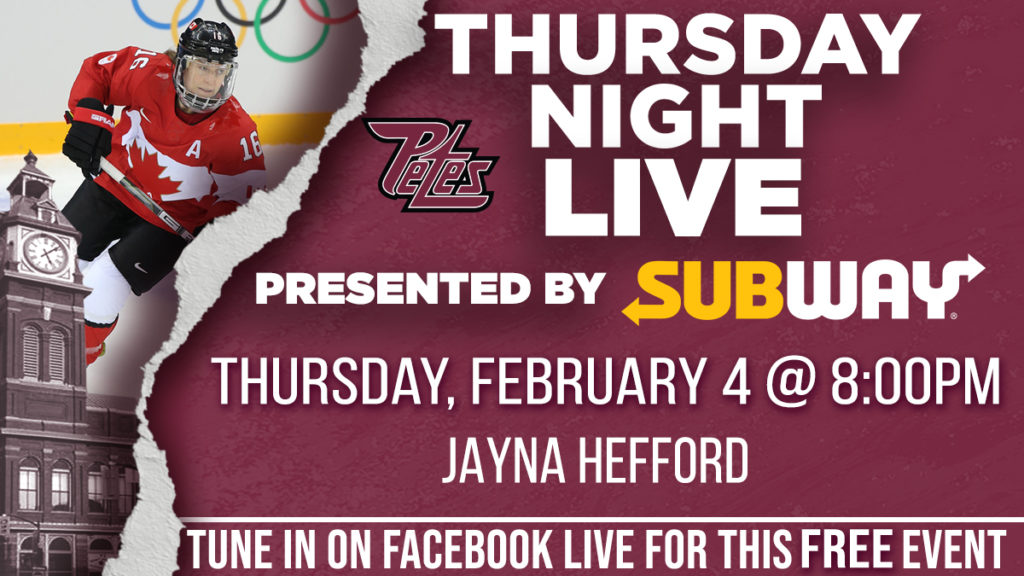 Hockey Hall of Fame inductee and Operations Consultant for the Professional Women’s Hockey Player’s Association (PWHPA) Jayna Hefford is this week’s special guest on Thursday Night Live (TNL) presented by Subway. TNL will air on February 4 at 8:00 pm on the Petes Facebook page.

Throughout TNL’s three periods, the four-time Olympic Gold Medalist will shed light on her experience representing Team Canada at five different Olympic games. She will also be chatting about her induction into the Hockey Hall of Fame in 2018, provide insight into her role with the PWHPA, and discuss the growth of women’s hockey.

In celebration of Black History Month, the Petes will recognize Mike Marson, who was the first Black Canadian hockey player to play in the NHL since Willie O’Ree in a video montage during the first intermission. The video will reveal details of his playing career, achievements, and what his life has been like since retiring in 1981.

In the second intermission, rock and roll singer Sameer Cash will make his TNL debut. The Toronto native will be singing “Easily” a song from his album “This City,” which was released in September 2020.