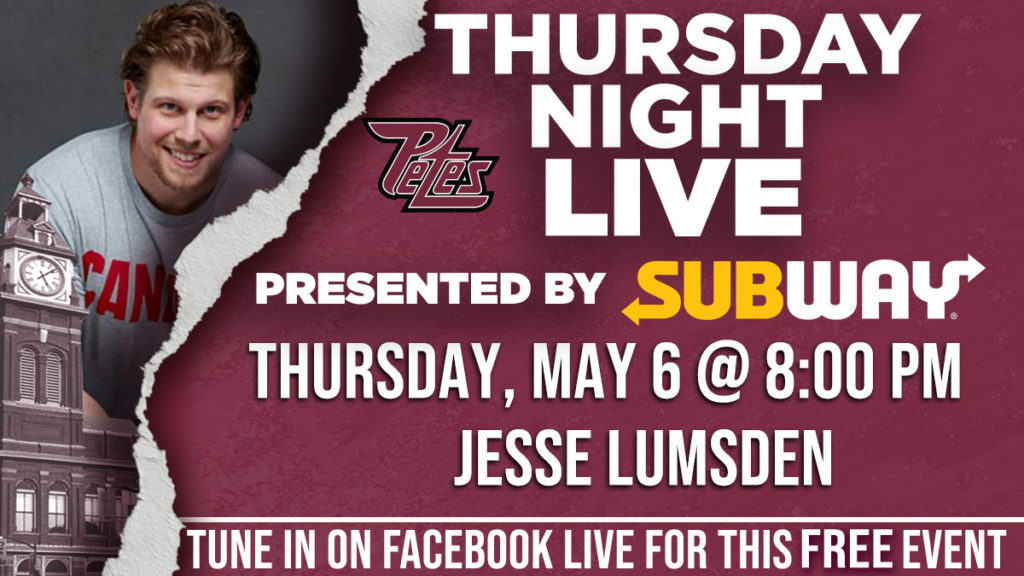 Canadian Olympic bobsledder and retired football player Jesse Lumsden is this week’s special guest on Thursday Night Live (TNL) presented by Subway. TNL will air on May 6 at 8:00 pm on the Petes Facebook page.

Throughout Thursday night’s programming, the former Canadian Football League (CFL) running back will share with fans his path from being a nominee for the Hamilton Tiger-Cats Outstanding Rookie Award in 2005 to developing a passion for bobsledding. Additionally, the three-time Olympic games participant will discuss his experiences on the international stage and describe the thrill of the twisted, ice-track sport.

Petes fans will be introduced to prospect Konnor Smith in the first intermission during the Future Petes video segment. The Windsor, Ontario defenceman was selected by the maroon and white in the 9th round of the 2020 OHL Priority Selection, 175th overall from the Windsor Jr. Spitfires.

In the second intermission, Toronto-based alternative rock band Stuck On Planet Earth will make their second TNL appearance. The musical trio will be performing Ghost On The Radio, a song from their album Beautiful Nowhere.

Fans who commented with the location from where they were streaming last week’s TNL show on Twitter and/or Facebook will find out if they’ve won Crossroads, a book written by Humboldt Broncos Alumnus Kaleb Dahlgren.