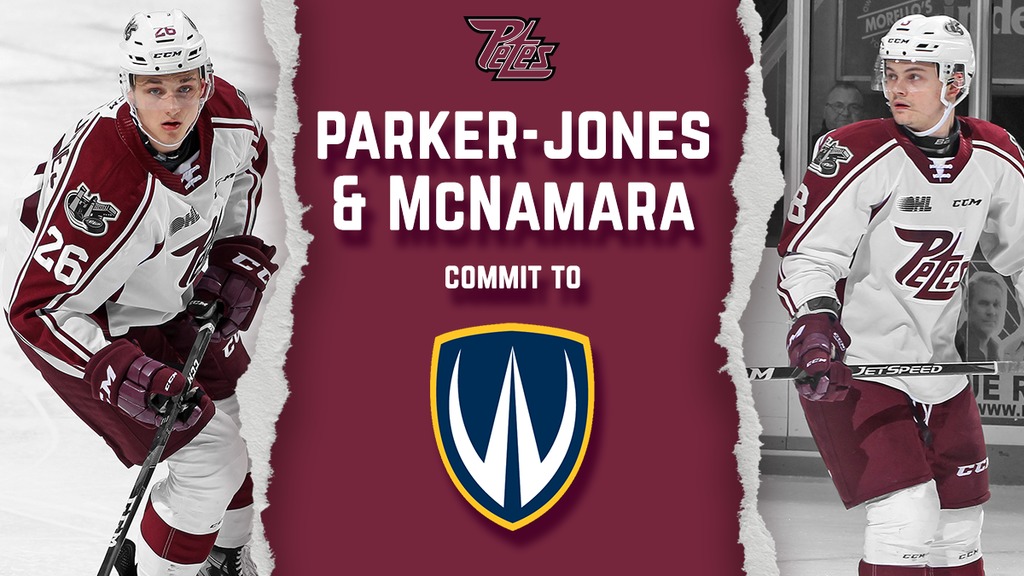 General Manager Michael Oke announced today that forward John Parker-Jones and defenceman Matt McNamara have committed to the Lancers varsity hockey program with the University of Windsor this fall.

“We are excited for these players,” says Oke. “This is a terrific opportunity for them to use their school package they earned playing in the Ontario Hockey League. They will be able to continue to play hockey at a high-calibre while continuing to pursue their academic studies.”

McNamara was selected by the Petes in the sixth round, 108th overall in the 2016 Priority Selection. The Peterborough native played all 168 games in his hometown registering four goals, 27 assists for 31 points.

“To be able to go to Windsor, and attend the amazing classes and programs they have to offer, is exciting,” says McNamara “I can’t wait to get down there.”

“I was focused on a place to play with a great hockey program along with a great education and wanted to make sure it was the right fit for me, and if that meant I wasn’t going to be with a teammate then so be it,” explains Parker-Jones. “The fact that it turned out to be with Matt, who ended up becoming my better friends coming through with the Petes is awesome.”

During the 2019-20 season, the Lancers skated to a 15-13-0 record in the Ontario University Athletics (OUA) Western Conference and had an overall record of 18-19-0. The team ranked fourth in their conference with 33 points amongst the other 19 OUA teams.

Petes Alumnus, Kevin Hamlin (‘80-81) is currently the Head Coach of the two-time Queen’s Cup Champions. In his first season, Hamlin led Lancers to the Queen’s Cup Ontario Championship for the second time in the school’s history and has a 104-74-17 record since he took over in 2013.