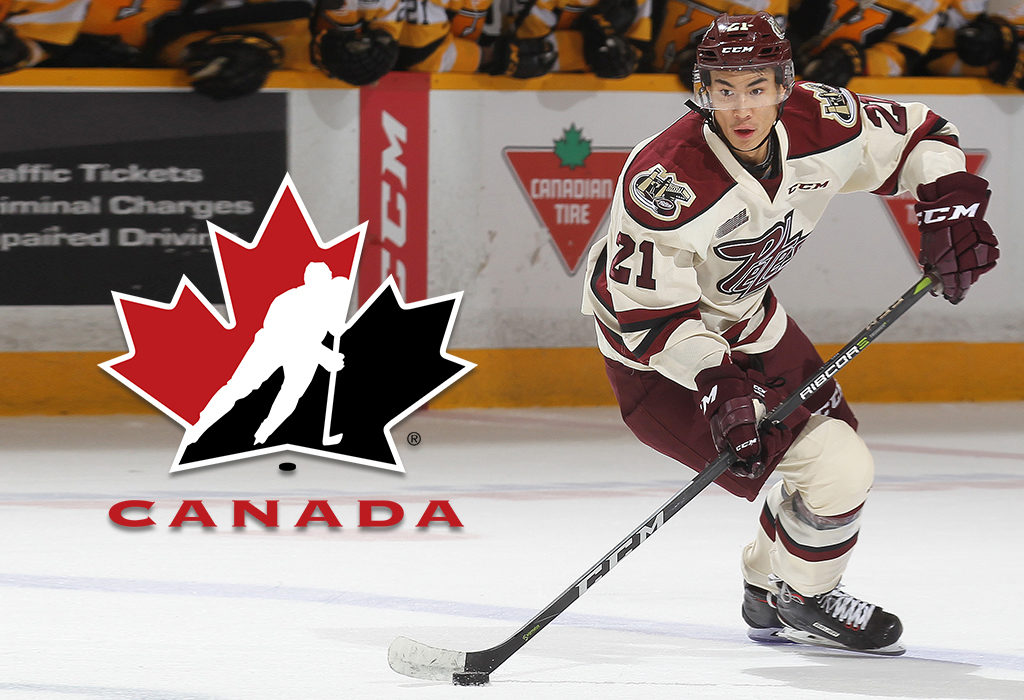 Ang will compete with 31 other players, including 4 goalies, 10 defencemen, and 18 forwards during the selection camp. The camp includes games against a team of U Sports All-Stars on Wednesday, December 13 and Thursday, December 14, and an exhibition game against Denmark on Friday, December 15 before the final roster is announced. Canada opens the World Junior Hockey Championship in Buffalo on Tuesday, December 26 against Finland.

“It’s an honour to be given the opportunity to attend selection camp,” commented Ang. “Growing up and watching the World Juniors every year, it’s an unbelievable feeling to be considered for this year’s National Junior Team and to be given a chance to represent our country.”

This season, Ang has registered 14 goals, 19 assists, 33 points, and 55 penalty minutes in 28 games with the Petes. He is currently tied for the lead league in shorthanded goals (3).

Ang recently signed an entry-level contract with the Florida Panthers, who drafted him in the 4th round, 94th overall in the 2016 NHL Entry Draft. He was selected in the 1st round, 9th overall by the Peterborough Petes in the 2014 OHL Priority Selection.

Congrats, Jonny! #Repost @jonathanang21 ・・・ I’m very honoured to sign my first contract with the @FlaPanthers! Thank you to all involved, and especially to everyone in Peterborough & Markham #notsad 🙂

See Jonathan and the rest of the Peterborough Petes in action on Thursday, December 7 for the annual Teddy Bear Toss Night. Game tickets are available starting at $8 through the Collins Barrow PMC Box Office, online, or by phone at (705) 743-3561.

Looking for the perfect holiday gift for the hockey fan in your life? Petes Holiday Flex Packs are now on sale! Receive four regular bowl flex vouchers to be used between December 30 and January 20, as well as two Petes rocks glasses for just $59.99, a savings of over 40%. Every Holiday Flex Pack purchase earns one entry into 12 Days of Giveaways presented by Leon’s Peterborough. Don’t forget to download the free Petes Mobile App, available for iPhone or Android devices.