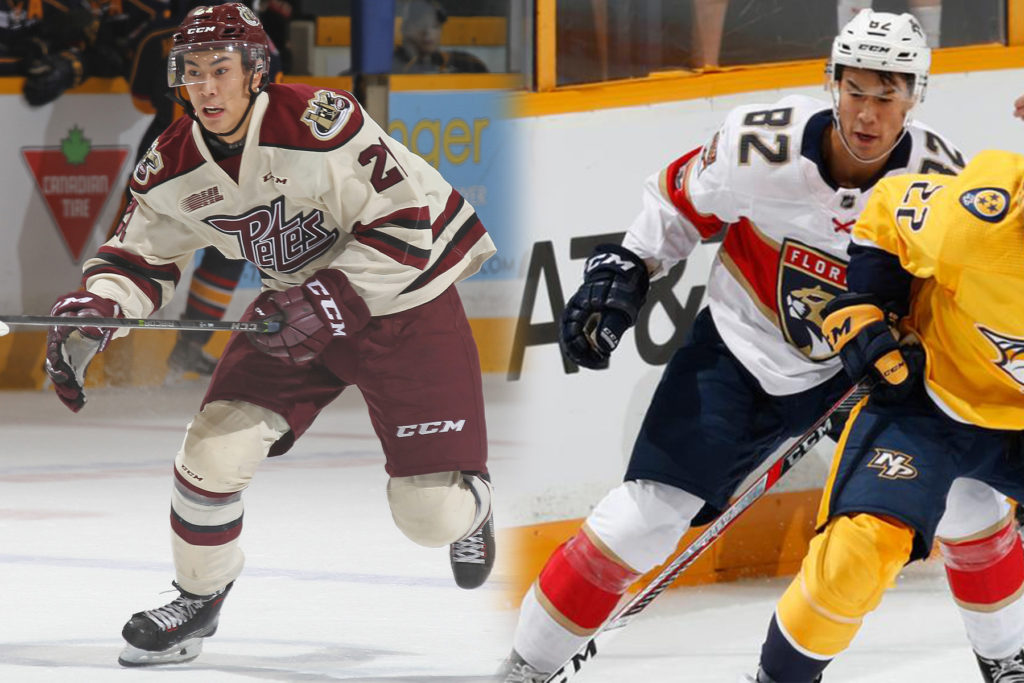 “Jonathan is a highly-skilled young player who plays a strong two-way game and possesses world class speed,” said Tallon. “We’ve been impressed with Jonathan’s development and look forward to watching him continue to progress as he works towards beginning his pro career.”

“It’s an unbelievable feeling to sign with the Panthers,” added Ang. “It was a dream come true to be drafted, and to sign is another step towards achieving my goal of playing in the NHL.”

I’m very honoured to sign my first contract with the @FlaPanthers! Thank you to all involved, and especially to everyone in Peterborough & Markham #notsad 🙂

Ang, 19, has appeared in 21 games with the Petes this season, registering a team-leading 12 goals and 30 points. He was named the OHL ‘On the Run’ Player of the Week for the week ending October 1. Ang’s seven points led the league during the second week of the 2017-18 regular season, tallying a pair of three-point performances.

In one 2017 pre-season game with the Panthers, Ang posted two assists.

The 6’0”, 170lb Markham native played in two games for Team OHL in the 2017 CIBC Canada Russia Series, recording one assist. Ang was selected to Hockey Canada’s 2017 World Junior Summer Showcase. He was named the Eastern Conference’s ‘best skater’ in the 2016-17 Coaches Poll.

After the @FlaPanthers drafted @jonathanang21, this is what he had to say! FULL VIDEO: https://t.co/2xkaEJUZcA pic.twitter.com/LWlXatSxuA