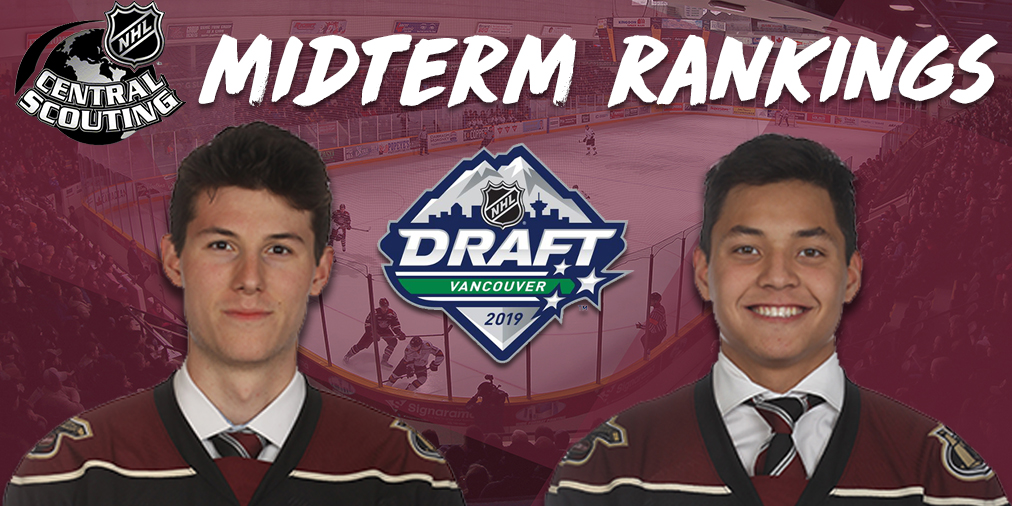 The NHL Central Scouting Service has released its annual midterm rankings ahead of the 2019 NHL Entry Draft in Vancouver. Two Petes players, including Hunter Jones and Nick Robertson, were named to the list.

Jones has recorded a 21-16-1-1 record this season with a 3.18 goals against average and 0.910 save percentage. The 6’4”, 194lbs Brantford, Ontario native was ranked 2nd among North American goalies eligible for the draft.

Robertson has amassed 17 goals and 16 assists for 33 points in 31 games (1.06 points per game) this season. The 5’8”, 156lbs centre from Northville, Michigan was ranked 30th among eligible North American Skaters.

Good luck to @nickrob2001 and @ShutoutsJones as they head to Red Deer for the 2019 @SherwinWilliams #CHL / #NHL Top Prospects Game on Wednesday! pic.twitter.com/ju2dStP1Ky

The Petes return to action on Thursday, January 24 at 7:05pm when they host Peterborough native Owen Tippett and the Saginaw Spirit. Tickets are available through the Baker Tilly Box Office in person, over the phone at (705) 743-3561, and online.

Following in his father's footsteps: Andrew & Jacob Verner
21 hours ago