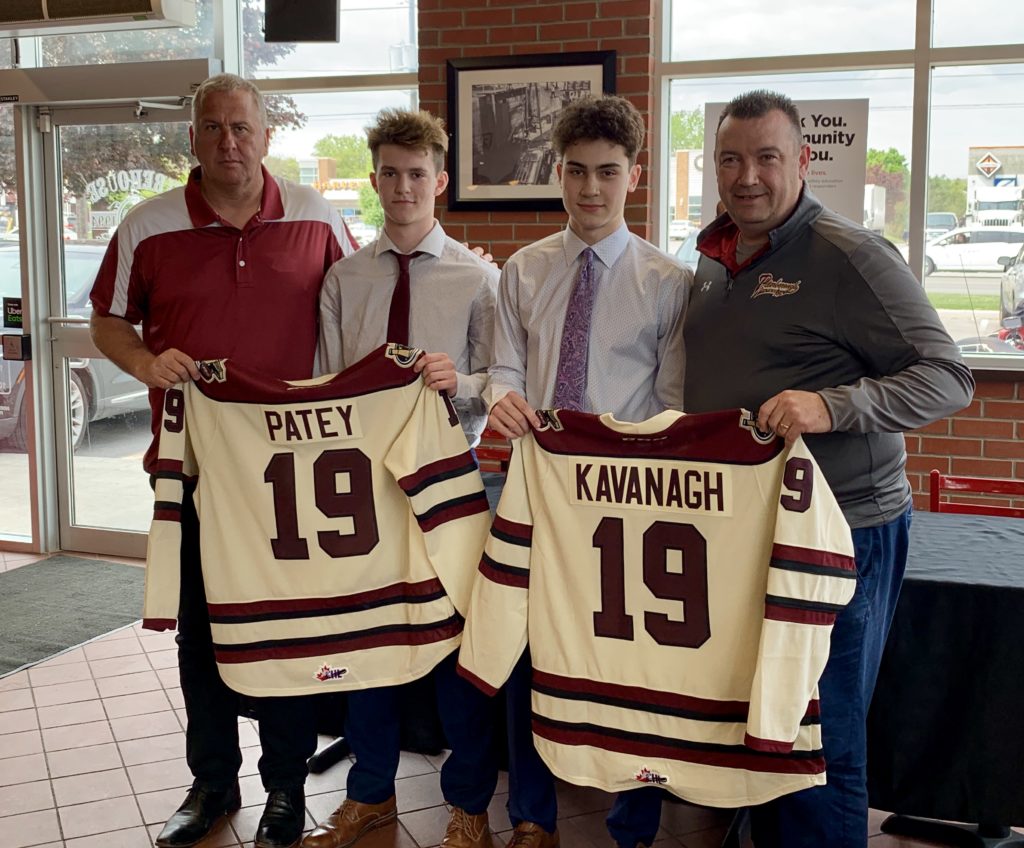 Kavanagh, a 2003-born defenceman, was selected by the Petes in the 5th round, 93rd overall in the 2019 OHL Priority Selection. In 18 games with the Sudbury Minor Midget AAA Wolves last season, Kavanagh registered 4 goals, 21 assists, and 25 points. The 5’11”, 161lbs Hanmer native was selected to represent the Northern Ontario Hockey Association at the 2019 OHL Cup and 2019 OHL Gold Cup.

Patey, a 2003-born right winger, was selected by the Petes in the 6th round, 113th overall in the 2019 OHL Priority Selection. The 5’10.5”, 173lbs Utterson native recorded 19 goals, 24 assists, and 43 points in 29 games with the North Central Minor Midget AAA Predators. He was named to Team Ontario for the 2019 Canada Winter Games, and played in the 2019 OHL Cup with the Predators. Patey led Team OMHA White in scoring and was the highest scoring Petes prospect in the 2019 OHL Gold Cup.

“We are very pleased to announce that Josh and Cole have committed to playing in the OHL for the Petes,” added Oke. “Both of these prospects are skilled, hardworking players that we expect to be valuable contributors for our team.”

The 2019-20 Ontario Hockey League schedule will be released later this summer, with the Petes’ home opener scheduled for Thursday, October 17 at 7:05pm (opponent to be determined). Training camp will take place in late August.

alumni Jimmy Johnston
You Should Be Cheering for the Dallas Stars . . . Here's Why
10 hours ago