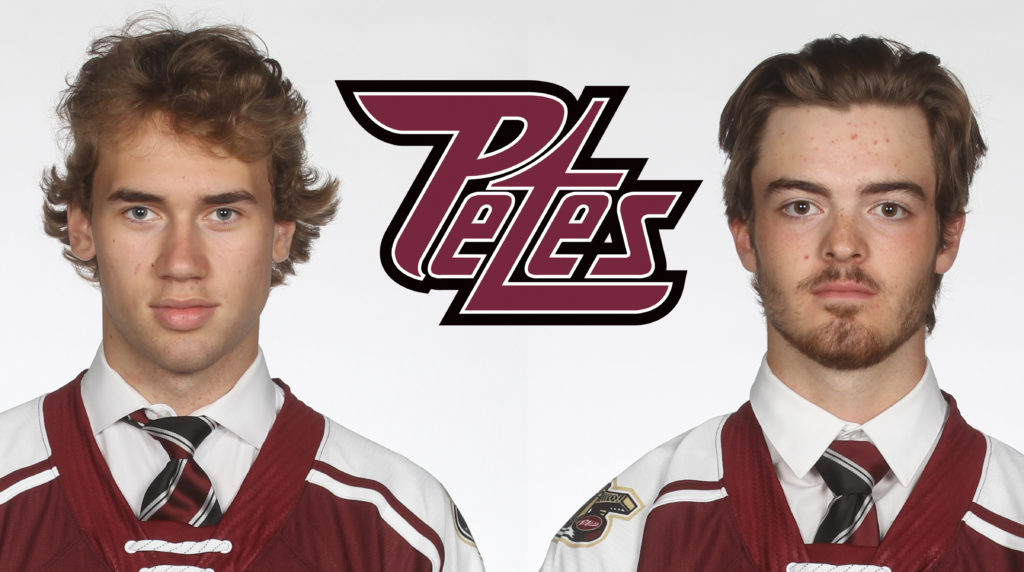 McMullen, a 5’11”, 163lbs left winger, was selected in the 15th round, 300th overall by the Petes in the 2018 OHL Priority Selection. The 2002-born Cambridge native recorded 15 goals, 16 assists, 31 points, and 34 penalty minutes in 54 games with the Timmins Rock of the Northern Ontario Junior Hockey League last season.

“It’s an honour to sign with the Petes,” commented McMullen. “It’s been a dream of mine since I was young to play in the OHL.”

Trolley, a 5’11”, 160lbs 2001-born centre, attended 2019 Petes Training Camp as a free agent. A Peterborough native, he registered 10 goals, 15 assists, 25 points, and 93 penalty minutes with the Ontario Junior Hockey League’s Lindsay Muskies last season. Trolley was originally selected in the 12th round, 240th overall from the Peterborough Minor Midget AAA Petes by the Erie Otters in the 2017 OHL Priority Selection.

“Being from Peterborough and having grown up watching the Petes play, it’s an incredible feeling to be able to officially wear the maroon and white,” added Trolley.

“Both Curtis and Keegan worked hard over the summer to prepare for training camp, and we were impressed with their play over the course of the week,” expressed Oke. “We’re excited that both players have chosen to join the Petes and commited to playing in the Ontario Hockey League.”

Additionally, the following players have been reassigned:

Single game regular season tickets will go on sale on Friday, September 6 at 9:30am at the PMC Baker Tilly Box office in person, by phone at (705) 743-3561, or online. To view the Petes’ full schedule, click here.

Following in his father's footsteps: Andrew & Jacob Verner
13 hours ago