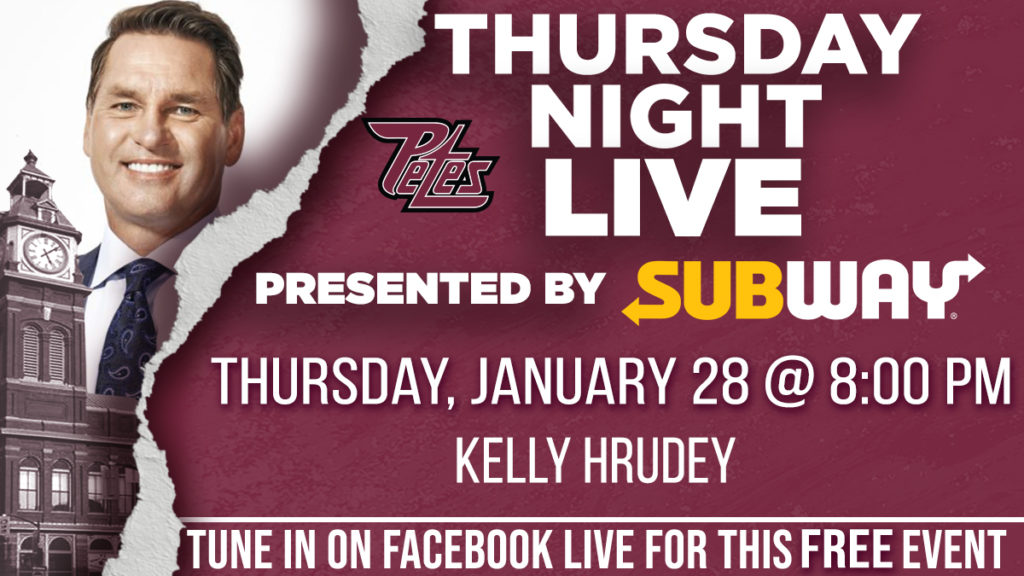 Former NHL goaltender, hockey analyst with Hockey Night In Canada and Sportsnet, and colour commentator for the Calgary Flames Kelly Hrudey is this week’s special guest on Thursday Night Live (TNL) presented by Subway. TNL will air on January 28 at 8:00 pm on the Petes Facebook page.

Long-time netminder for the New York Islanders and Los Angeles Kings will provide Petes fans with the inside scoop on his experience playing 15 seasons in the NHL. In addition to chatting about stopping pucks for the Great One, Hrudey will also give fans insight into his transition from playing in the NHL to analyzing games in front of a national audience.

During the first intermission, the Petes will be providing fans with the opportunity to refine their cooking skills with Chef Niall McDonald. In his fourth appearance, McDonald will be teaching fans at home how to make Championship Chicken Tinga Tacos. Ingredients and directions for the dish can be found on the Petes website.

In the second intermission, indie rock band The Wilderness will be making their second consecutive appearance on TNL. The Kingston group will be singing “Pick You Up” a song from their debut album “Until Tomorrow.” 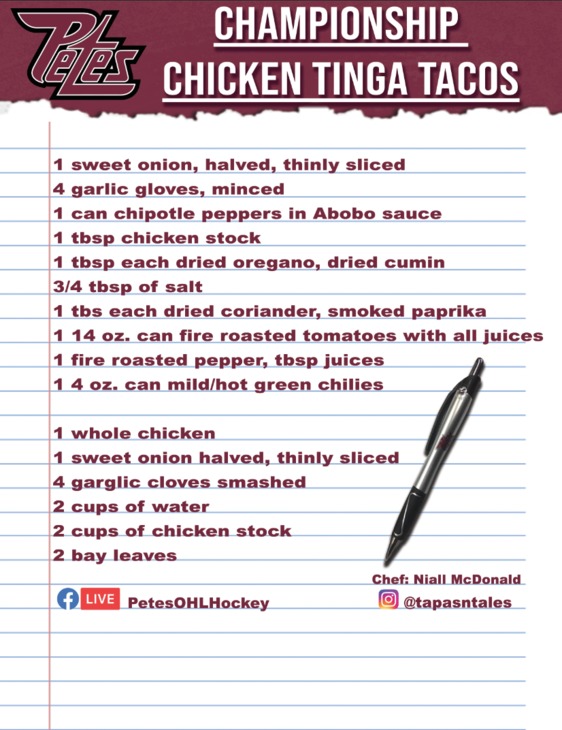 For further cooking instructions, tune in to Thursday Night Live.