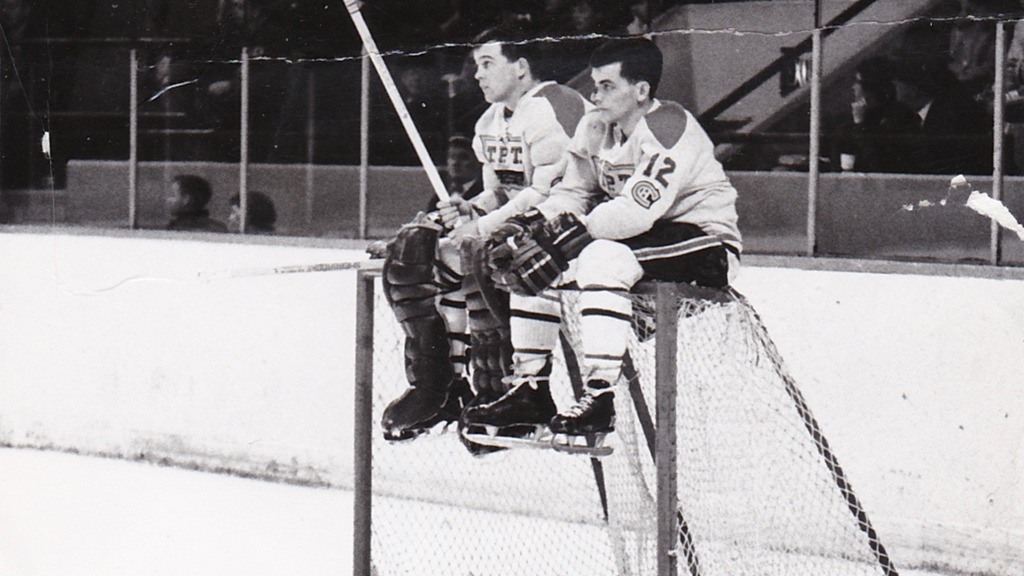 Despite the less glamorous experiences for OHL players in the 1960’s, most guys reflect on their time with gratitude, especially alumni like Andre Lacroix who didn’t have access to an indoor rink until he was 13 years old.

“After a season with the Jr. Canadiens, I went home and belonged to the Quebec Aces. Then I heard that I was invited to go to Peterborough and I was nervous at the start because I couldn’t speak English and I had no one to speak French there.”

The Lauzon, Quebec native’s nerves quickly dissipated as the Patch welcomed him with welcome arms and a few lessons in English.

“That was probably the best thing that ever happened to me, I learned the language. There was a family that used to own a bowling alley in Peterborough and I used to hang around there.”

“Somebody had given me records in those days when you learned to speak English. They would tell you a sentence in English and then very slowly they would translate it into French and that’s how I learned it. Someone gave me very good advice, he said ‘always keep your conversation short, that way you won’t make too many mistakes.’”

Lacroix played for the Petes from 1964-66 alongside other future NHL stars like Mickey Redmond and Danny Grant. The high-scoring forward reflects on his two years playing at the Memorial Centre with glee and looks forward to his next opportunity to return to the Lift Lock city.

“I only had good experiences in Peterborough, it’s a great place to play hockey. The people were unbelievable. That’s the problem with junior hockey when you have to leave most of the time when you turn pro, you don’t have much time to go back there.”

He was given insight into just how selfless the people of Peterborough are when Lacroix was met with a near blinding injury at a game in Toronto.

“One game we were playing in Toronto and I got hurt, I got hit in the eye. There was a couple from Peterborough who came to the game in Toronto. After the game, I had to get back to Peterborough but they wanted me to lay down so they took me back in their car. I didn’t know these people, they were just fans from Peterborough.” 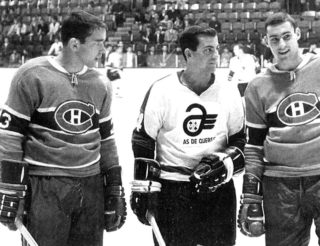 “I was in the hospital for a week and the whole time the doctor would come twice a day. The nurse was so nice and would read me the newspaper.”

Although Lacroix looks back on Peterborough with appreciation, it’s Petes fans who were provided with a lot to celebrate when the playmaking centreman hit the ice. In his 1964–65 season, he led the Ontario Hockey Association in assists, and the year after, he again led the league in assists and points. He also won the OHA Red Tilson Trophy in both seasons.

“The thing is in those days, everyone was so happy to be playing hockey. The best way to explain it, is in those days hockey was a sport now it’s a business and sport comes second. Everyone who was playing for the Petes was from a blue-collar family.”

After two seasons in the OHA, Lacroix spent three seasons with the AHL’s Quebec Aces, before being called up to the Philadelphia Flyers. In Philly, Lacroix would rise alongside his former Ace line-mates Jean-Guy Gendron and Simon Nolet to become the Flyers leading scorer in 1969 and 1970.

In 1970, he was traded to the Chicago Blackhawks, a team he was unable to mesh with.

“When I got traded to Chicago from the Flyers, they were trying to go to the rough stuff. They wanted to be like the Broad Street Bullies, so I could not play my style of game at all and I was not happy.”

“At the end of the season, I got a call from an attorney in Philadelphia who said I used to watch you with the Flyers. I don’t know what they’re paying you in Chicago but I want you to come play for my franchise. I’ll double your salary and give you a five-year contract. ‘I said I’m gone.’”

Lacroix would switch over to the World Hockey Association in 1972 and play a single season for the Philadelphia Blazers. Across five years in the WHA, he would dress for the New York Golden Blades, San Diego Mariners, Houston Aeros, and Hartford Whalers. Each contract from the Aces to the Whalers was negotiated and signed by the Quebec player-sans agent.

The Petes alumnus won the Bill Hunter Trophy as the WHA’s leading scorer in 1973 and 1975, scored 100 points or more in six consecutive seasons and is the WHA’s all-time leader in games played, assists, and points.

Since retiring, Lacroix continued his involvement in hockey on the West coast.

Andre Lacroix has released a brand new book – “After the Second Snowfall: My Life On and Off the Ice” – purchase this book now for $25 and in an exclusive only offer thru CCC it comes signed by Andre Lacroix, and also includes a signed 4×6 post card. 🏒 https://t.co/Zk5VPheILL pic.twitter.com/J8o8Cw8uIb

“I was living in Connecticut, then I got a call from Oakland, California and they wanted me to help them build a rink. I was supposed to be there for one year and I ended up staying there for 11 years to run the facility.”

Today, Lacroix lives in Ohio relishing in his grandchildren and promoting his autobiography, After the Second Snowfall: My Life On and Off the Ice.

What’s more impressive than Lacroix’s long list of records is his humble upbringing and self-directed path that led to his individual success. He is a proud Petes alumnus, and amongst the greatest names to don the maroon and white.