Learning from a Legend: Ang and his 10 years with Dawn Braid 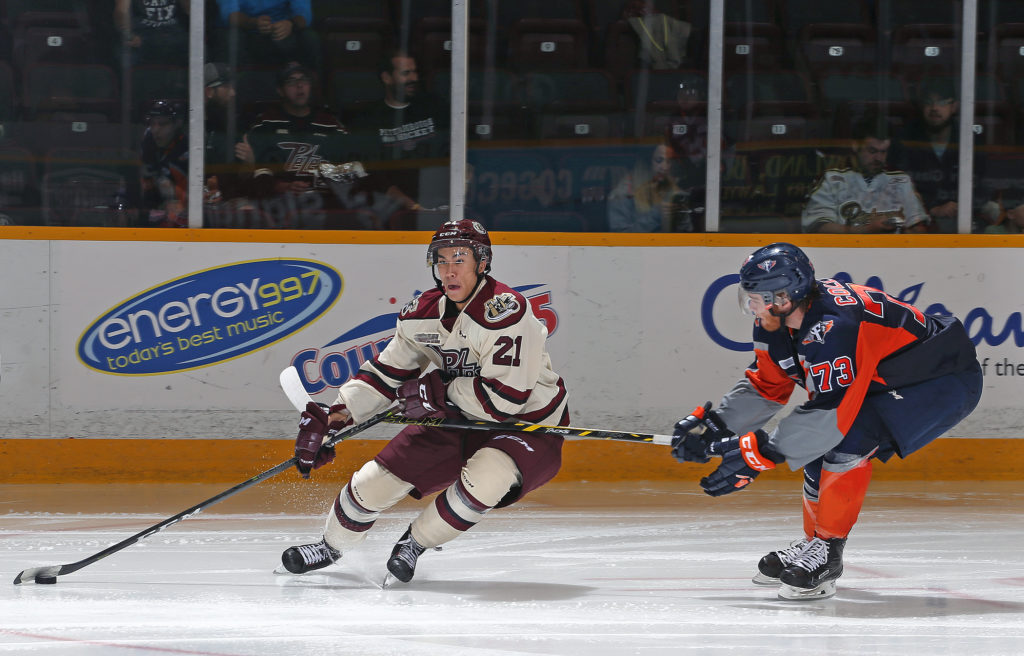 The first thing you note when you watch Jonathan Ang play hockey, is his skating. The Petes veteran and 2017/18 assistant captain is swift and consistently walks around other team’s defensemen without qualms. He effortlessly drives the net and has incredible vision in the offensive end, putting himself in perfect position on power plays and finding prime scoring opportunities in the slot. His speed and agility was rewarded in the 2016/17 season when Ang was named the Eastern Conference’s Best Skater in an OHL coaches poll, improving upon his runner up position from the previous year.

Ang is a real treat for any hockey enthusiast, however his on-ice finesse is not a fluke but rather a product of countless hours of training with skating coach Dawn Braid.

Braid has built a reputation for producing some of the world’s most powerful skaters and is a legend in the hockey community. She is the first female to coach full-time in the NHL, hired by the Arizona Coyotes as their skating coach, and has been a previous consultant for the Toronto Maple Leafs, Anaheim Ducks, Buffalo Sabres and Calgary Flames. She has acquired such renowned status in the hockey community, garnering new clients based largely from word of mouth and testimonials.

Ang began his work with Braid at ten years old and trained with her every summer, once a week for an hour and fifteen minutes, each session. In response to what makes her coaching successful, Jonny responded with, “Just the way she teaches and the way she understands the aspect of skating. She knows what being a good skater looks like but not only going in a straight line, she teaches different things that can be used all over the ice. The different edges, protecting the puck, and just being more efficient when skating.”

Braid has been an active member in Ang’s development into an elite athlete and notes his continuous dedication to improvement, “He was always a great student, always wanted to learn always wanted to get better” going on to say “He was really good trusting in me, he spent a lot of time working with me, hes one of the strongest skater”

In reflecting upon what separates Jonny from the pack Braid stated, “Mentally his maturity was above so many other players, he knew what he wanted and he was willing to do the work when he got there. His dedication is there, thats a really big part of the success certain players have had with me.”

The eight years of training with Braid didn’t go unrecognized for Ang as he was selected by the Florida Panthers in the fourth round of the NHL 2017 Entry Draft and his skating technique was continuously highlighted among scouting reports.

“He’s a well rounded skater, he skates very low. He’s slightly bow legged, which is sometimes helpful in generating power. The combination of getting stronger,  having the proper techniques, creating really good habits, turned him into a good skater,” explained Braid.

Although he does not know him personally, Ang draws inspiration for his game from Sidney Crosby. To prep for a game, the Petes assistant captain typically begins with a morning trip to the rink, followed by a stretch, pre-game skate, returning home for a rest (Jonny insists he does not nap) and a meal. There are superstitions woven into this routine, however he keeps those idiosyncrasies closed in a vault.

Ang has started off the season strong, garnering 15 points in 15 games. His calmness with the puck and edge work continues to serve his stats line and the Petes’ scoreboard well. On this trajectory, Ang can soon be added to the list of superstars Braid has helped produce.

The Petes return home on Sunday to take on the Hamilton Bulldogs at 2:05pm. All fans are invited to take part in a post-game Russelle Toyota Skate with the Petes. Game tickets are available starting at $8 through the Collins Barrow PMC Box Office, online or, by phone at (705) 743-3561.