Lesson in leadership, courtesy of the maroon and white: Chris Halyk 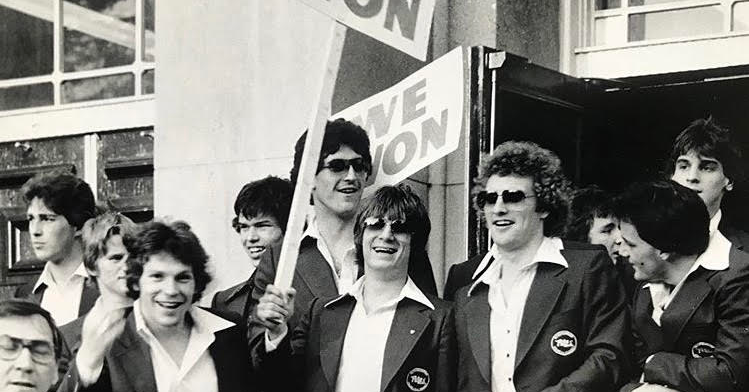 The statistics on who will sign an NHL contract are staggering, and those who will sustain a substantial career even slimmer. So if at the end of 18 years of early morning practices, bag skates and road trips is not a professional contract, what does a hockey player take away from the rink? Petes alumnus, Chris Halyk would argue: everything, from lifelong friendships to fundamental lessons in leadership.

Halyk played 1.5 seasons with the Petes, and three with the AHL’s Rochester Americans before stepping away from the arena and into the ivory tower. He completed a four-year business degree from Western University in London, Ontario and immediately joined the business world into a role with the pharmaceutical company, Warren-Lambert.

In 1986 he joined Janssen Pharmaceutica Inc as a Product Manager, and across nearly three decades progressed from an entry-level position to President of one the largest pharmaceutical companies in the world. 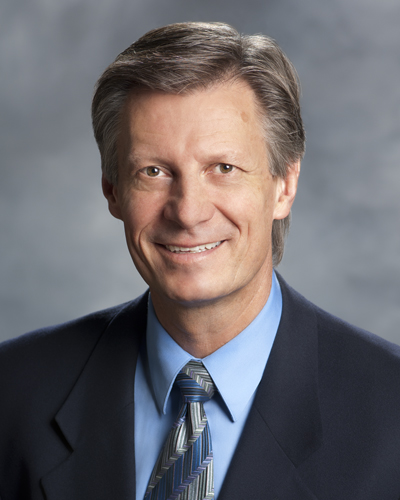 Halyk’s career success reaches far beyond hockey, however, he remains firm that the tools leveraged on his journey in the corporate world began among the walls of the Memorial Centre.

From being cut to captain:

“I got drafted. I was an eleventh round draft pick my first year and did not make the team that year. Went back the second year and got cut again.”

Halyk chuckles, as he reflects on his unorthodox path to captaincy of a Memorial Cup championship team. Following his initial cut by the Petes, he returned to play hockey Jr. B hockey in Brantford. Halfway through his second season, while leading the league in scoring, Halyk received a phone call from Petes head coach, Gary Green to finish the latter half of his season in Peterborough.

“I’m sure the reason he called me was because his dad was the manager of the team in Tillsonburg at the time.”

That same season, the Petes had their second chomp in franchise history at a national title and fell short to the New Westminster Bruins, Halyk describing his performance as, “OK.”

The following season and his final year of eligibility in junior hockey, Halyk returned to the Petes training camp and at the end of a week was asked to meet with Coach Green.

“I’ll never forget Gary called me into his office and I’m thinking, ‘Oh my Gosh, what’s going to happen here. He’s going to cut me,’ we had a lot of good players on that team.”

Halyk was right, the Petes had players like: Tim Trimper, Keith Crowder, Bob Attwell, Bill Gardner and eventual Hall of Famer, Larry Murphy, to round out the roster.

“So he calls me into his office and says, ‘I want to make you captain of the team,’ and I just about fell to the floor because of course that’s not what I thought was going to happen at all but it was obviously one of those moments in life, when you think ‘wow that’s pretty amazing.’”

The centre man’s resilience opened his first door into leadership and proved to have a long-lasting effect on his life.

“I will never ever forget that conversation because of course it set me up with things I was going to do later on in life in terms of business.”

“Whatever I was going to be in life, I wanted to be a leader like Gary Green is. He was someone you wanted to go through the wall for.”

The Stoney Creek native continues to recall the mutual respect, the Petes head coach shared with his players and his desire to replicate it. He maintains that it was the component of Green’s leadership that bound the team together and led the players’ dedication to the mighty maroon. Furthermore, the head coach’s selectivity in players who would add to on the ice and in the dressing room was a choice that later influenced Halyk’s decision making.

“You have to surround yourself with great people, whether it’s the whole team you put together as you go forward. We were just a team, and we learned how to be a team together. Make sure you’re someone who is like a Gary Green who you want to respect, who you want to work for.”

In addition to acquiring strong colleagues for your circle, Halyk believes Greener’s “people first,” mentality and larger comprehension of a single choice’s impact on the entire group, shaped his management style throughout his time with Janssen.

“He was an individual who would sit there and think about whatever the impact is going to be on the whole team or organization. I ended up learning as I went through, to make sure you consider what those things are, and what needs to happen as an organization and to also keep people in mind.”

In conjunction with a competitive edge inherited from his father, Halyk holds gratitude for the two men -Green and his father- that he identified as mentors moving through life after hockey.

With any leadership position comes increased responsibility, and the acceptance of the role as a problem solver, something Halyk is incredibly familiar with. Although the 1979 Petes would go on to have incredible success, their season was not statistically perfect, as they faced a slump of consecutive losses early on in the season.

“All of a sudden we went through a period where we went through five to six losses in a row then we came back from a road trip from Niagara Falls and we got together as a team and sat down. We talked about it, without coaches, without trainers, without anyone else in the room, and asked, ‘what was going wrong with the team and how we could possibly turn this thing around?”

Confronting the issues head-on served successful as the maroon and white followed up the meeting with a fifteen game winning streak.

“We pulled together and decided we were going to be better than everyone else.”

Admittedly for Halyk, the most challenging choices he has been forced to make involves downsizing his company, describing it as “the hardest thing he has ever had to go through.”

“You’re talking to people whose lives are impacted, who have become your friends.”

Halyk maintains these decisions were made in times when the viability of the business was dependent on change. He describes his action as a balance between doing what’s best for business, while remaining people-centric, a lesson from the Green playbook.

“Everybody needs to be confident in these types of situations. To feel that you are doing the best thing for the business as it moves forward. You have to make sure as you go through the whole process that you keep people in mind with everything you do.” 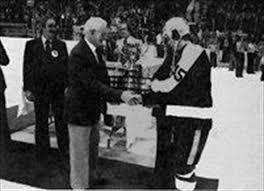 Hockey and his time with the Petes would follow Halyk throughout his tenure at Janssen, whether as the topic of conversation in an interview or as the background voice, as he molded his leadership style. He is proof that more is taken away from the rink beyond an understanding of offence and defence and reflects the profound impact a coach can have on his player.