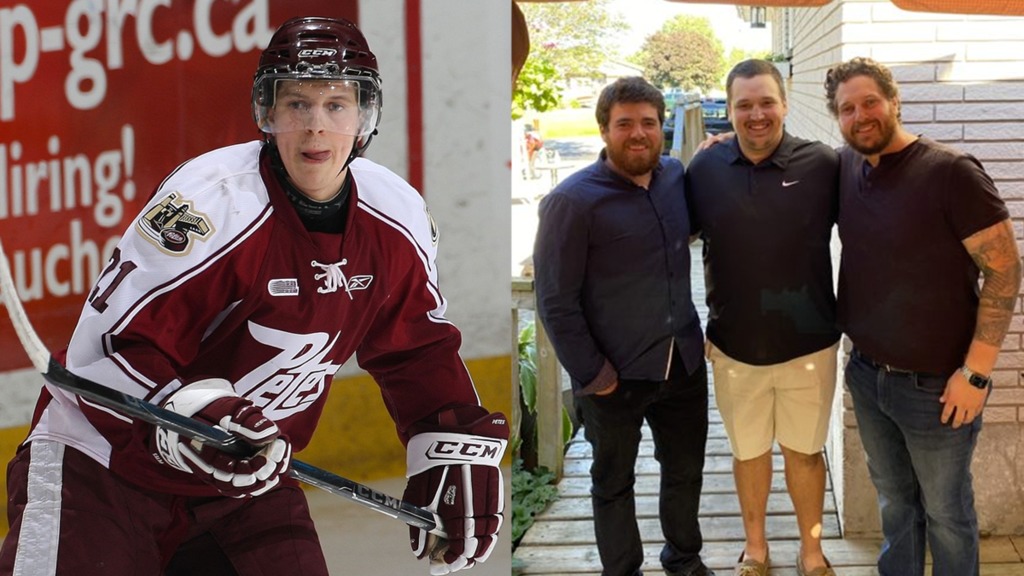 Chris Buonomo, who grew up in Sault Ste. Marie, Ontario, wore the Petes sweater from 2008 to the fall of 2011. If you stepped into his home office, you would see his original Petes jersey hanging in a glass frame on the wall. He had a knack for defensive stability standing at 5’11” and was notorious for laying game-changing hits. When the Petes believed Buonomo would have more opportunities elsewhere because of a logjam on the blue line, the physical defender landed in Barrie under the tutelage of NHL Hall of Famer and former Barrie Colts head coach, Dale Hawerchuk. There, Buonomo learned a lesson from the late, great Winnipeg Jet that he uses to this day. That lesson is to know yourself.

“[Hawerchuk] said I want you to make a good first pass out of the zone. Just worry about that,” Buonomo recalled. “I don’t need you carrying the puck up ice, I don’t need you doing this. We love you just as you are.”

The Petes sent Buonomo to Barrie on Nov. 18, 2010. He would suit up for 108 games under Hawerchuk before returning home to join the Soo Greyhounds for his last year of junior hockey.

For young players breaking into their respective leagues, Buonomo encourages them to ask questions. He remembers how fast his journey in junior hockey was, including the long bus rides, the ups and downs of a season and joking around with teammates.

“I was four and a half, five years in the league and then I snapped my fingers and it was done. It’s like oh, now I’m graduating, going off to school,” Buonomo explains. He recognizes how valuable education is and strongly recommends young players to “take school seriously.”

“There are very few select people who can actually make it to the NHL. I have a lot of good buddies who I keep in touch with like Tanner Pearson, Colin Miller, Darnell Nurse, and Aaron Ekblad.”

Buonomo and Miller are so close that when Miller and Andy Andreoff, who Buonomo fought more than once in juniors, played together in Los Angeles, Miller Facetime’s Buonomo with Andreoff and the three of them had a laugh. Why? Because “that’s just how the hockey world works.”

The Petes alum shifted careers after earning his bachelor’s degree in business administration at Acadia University. He started out at the OLG Casino in Sault Ste. Marie, dealing out cards in high-stakes games like Texas Hold ’em and blackjack. After 15 months, Buonomo changed jobs. With the help of his old U16 coach Mike Hall, the former Petes defenceman joined Community Living to mentor children with intellectual disabilities.

“I would join them on their day. Make sure 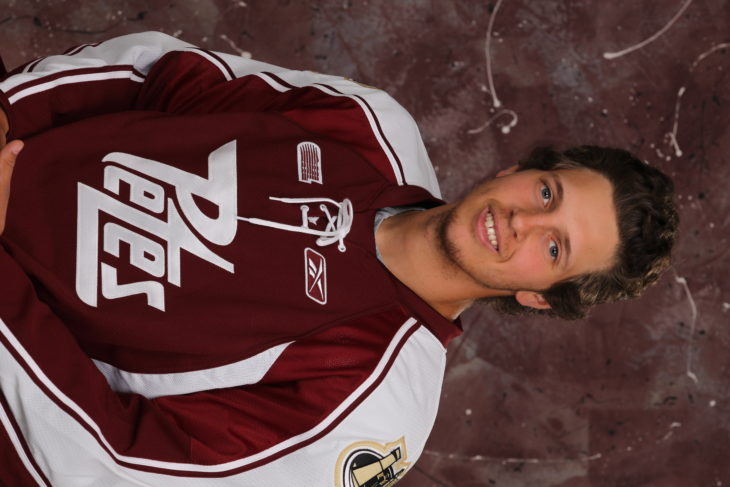 everything was going well,” Buonomo said. “It opens up a whole different perspective on everything that’s going on because I’ve never really worked with kids with disabilities before.”

“It was honestly one of the most fulfilling things I’ve done. It was an eye-opener.”

Buonomo didn’t feel that was his true calling despite enjoying the role. It’s a type of position that requires a lot of patience and, to the Sault Ste. Marie native’s credit, he recognizes that patience is a skill he needs to continue to practice. Yet, It’s not out of the realm of possibility for the future. Buonomo has been sending out applications to companies like Community Living because of how unpredictable a career is nowadays.

“I’ve been openly applying now for different jobs because you just never know with [COVID-19] and everything. The world is just so different now, it really is. Even doing something like this, everything’s done on Zoom and [Microsoft] Teams and everything now,” Buonomo said.

Today, he travels across northern Ontario as a field sales team member for the Kraft Heinz Company. The position relies on people skills. It’s about building up relationships, keeping those relationships, and communicating effectively. Growing up in a small city like Sault Ste. Marie helped Buonomo develop interpersonal skills.

“[Sault Ste. Marie] is a smaller place than most places in Ontario. You just start to build those relationships as a younger kid. You’ve played with the same teams. You meet the same people,” Buonomo said.

His parents took him on those long car rides no matter the weather, no matter the road. Regardless of the distance, Buonomo said the rides were always fun with his family.

“I have a big family so we all yell a lot. Never a quiet moment in my family,” Buonomo recalls with laughter.

Buonomo is happy with how his life turned out. Forging an untraditional path, he is right where he is supposed to be like his old hockey coach in Barrie would say to him:

“Whatever got you here, do that. Don’t try to be something you’re not.”