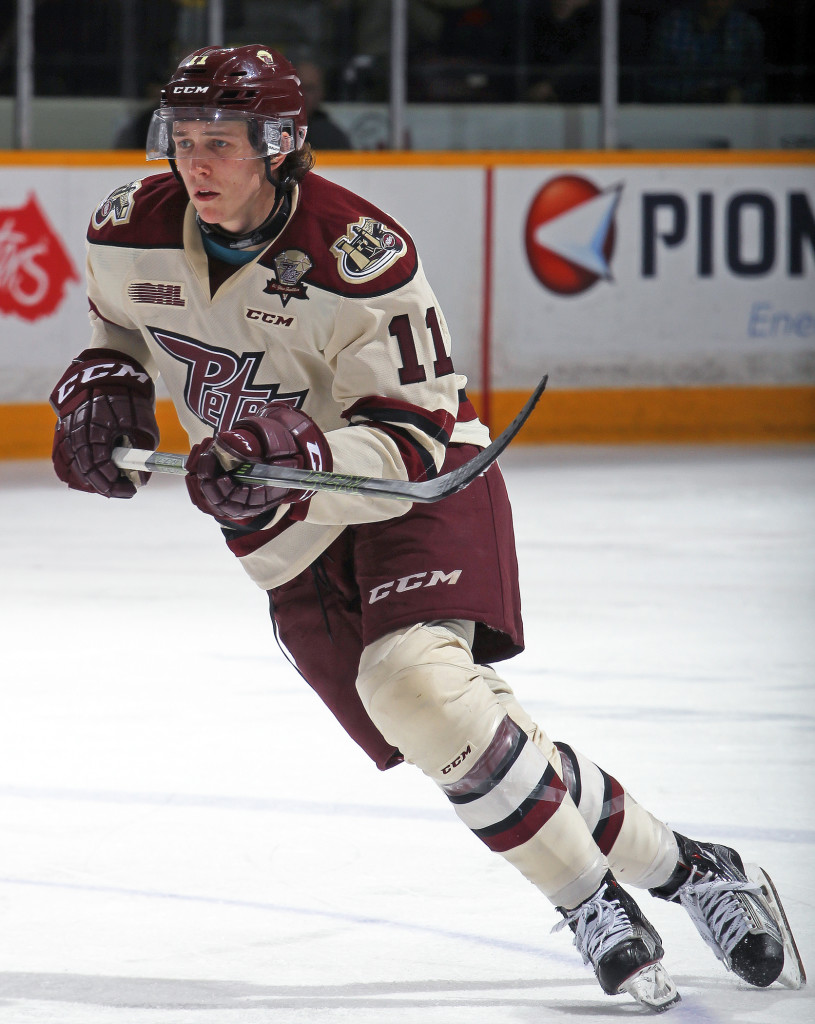 Not many young men have the chance to live out a dream and play OHL hockey, and even fewer have the skill and pedigree to earn a spot on an OHL team as a 16 year-old. The Peterborough Petes’ Zach Gallant achieved that very feat this past season after being taken fifth overall in the 2015 OHL Priority Selection. Gallant may hail from Oakville, but couldn’t be happier where he landed to play OHL hockey.

“You can’t ask for more than to play in Peterborough,” he said.

Gallant enjoyed playing for the Petes, but he still feels like he could have done more for the team.

“In terms of points I scored, I am not happy there, but I feel like I created good chances I just couldn’t capitalize on them. It wasn’t from a lack of trying – after a while I just felt snake bitten,” Gallant said.

Petes’ Head Coach Jody Hull isn’t concerned with Gallant’s offensive output because he is confident in Gallant’s development this season.

Gallant will make no excuses for himself regarding his production over the season (especially considering the team had one of its best goal-scoring teams in decades), but his rookie season didn’t go as smoothly as freshly resurfaced ice. The Petes’ young, two-way forward missed nearly a month of action after breaking his foot when blocking a shot against Mississauga. However, Gallant says he doesn’t focus on the injury, but instead focuses on the success of the team.

“We had a great year. We had a lot of ups and downs this year which is shown through our winning and losing streaks, but I think we had positive attitudes in the dressing room. Even though we lost that seven game series I thought we were the better team and had a good chance at going deep in the playoffs if we got past North Bay,” Gallant said. 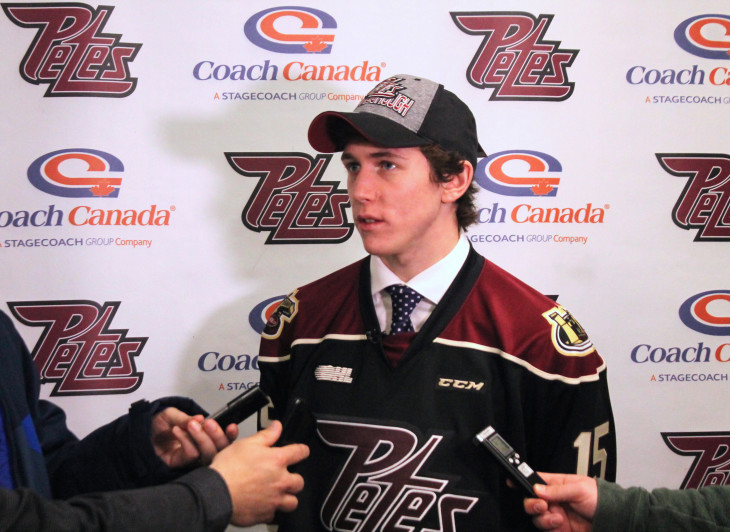 The Petes are potentially losing four top forwards from last year’s team: Hunter Garlent, Eric Cornel, Greg Betzold and Daniel Nikandrov. Their departure means there will be a lot of ice time and roles to fill and as a former top five pick Gallant will have an opportunity to make an impact.

“I think he will be a guy whose minutes will increase drastically. Also, he will definitely get a lot more opportunities on special teams – particularly on the penalty kill. As well as being a guy I rely on in crunch time to take key face offs especially, when we are trying to protect leads,” Coach Hull said.

Gallant touched on what he will do this off-season to ensure he takes advantage of this opportunity.

“I’m going to work on my strength and my speed,” Gallant said. “Hopefully I can expand my role, but it really comes down to how I come into camp and how in shape I am. I don’t really have expectations in terms of how much ice time or when I should be played.”

Gallant will be back next season for the Peterborough Petes and the organization and fans can not wait to see what this talented, two-way forward can do in his second season and with a clean bill of health.

Make sure you get your tickets now to cheer on Zach and the Petes in 2016/17. Season tickets are available here with big discounts still available.