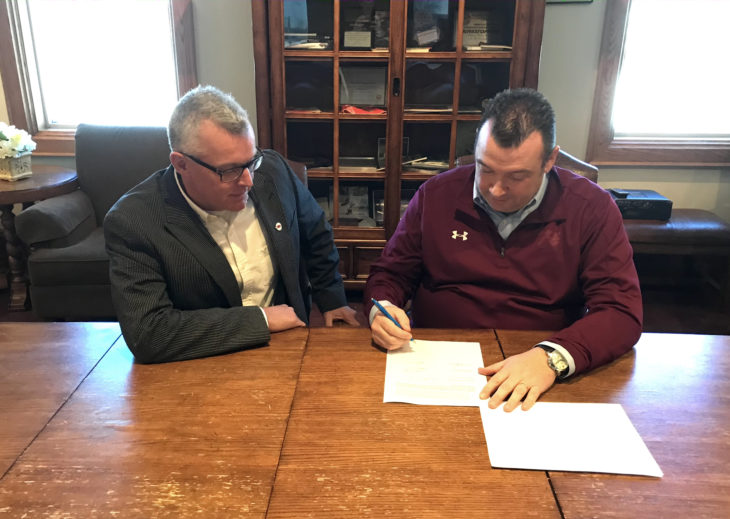 The Peterborough Petes General Manager Mike Oke, is a man of many hats, as he oversees all facets of the mighty maroon and white.

In 1987, Oke moved to Peterborough and his understanding of the Petes was formed as he and his father began attending Thursday night games at the Memorial Centre. Once Oke left home to attend Durham College for Sports Management, his parents began billeting Petes players that included the likes of Greg Bailey, Matt Johnson, Justin Norwood, and Jason MacMillan.

Before stepping into his current role as Petes GM, Oke held several roles within the hockey industry including management, scouting and coaching with organizations like the Campbellford Junior Rebels, Trenton Stings, Wilfrid Laurier University, the Oshawa Generals, and International Scouting Services.

In 2010, Oke joined the Petes to help assist and onboard incoming GM Dave Reid and subsequently assumed the title of Director of Player Personnel.

Oke has always maintained a passion for player development, particularly at the minor and junior hockey levels, but his interest goes beyond their on-ice growth. 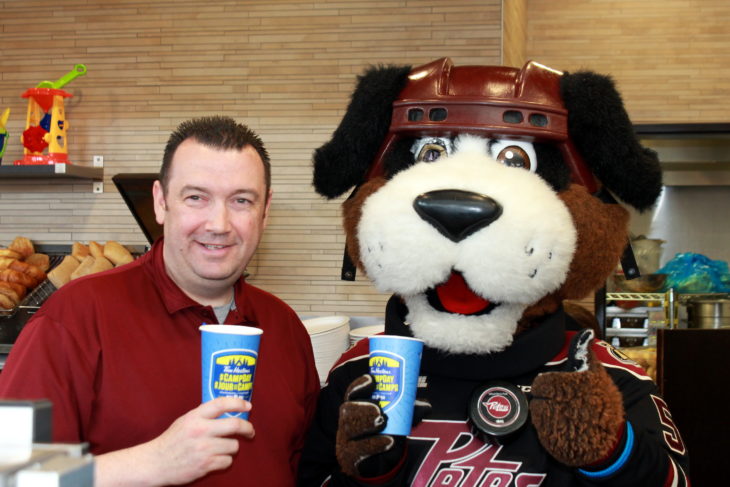 The Peterborough native stresses the importance of giving back, by providing community involvement opportunities for them during the season.

“It is important that when players come to Peterborough, that they understand and recognize that they are held to a higher standard. They are viewed as role models not only by the younger fans, but also the older fans.”

“The Peterborough community gives a lot to the players, so I think it is important the players give back to the community and are actively involved.”

“Participating also helps players grow and develop personally. They become more comfortable speaking to groups, and being out in the community they develop an understanding of how important the Petes and they are as players to the city of Peterborough.”

Oke has also adapted the role of GM to not only emphasize the development of players, but also the people behind the scenes.

“While we work and develop players that advance to the pro level, we also want to do the same for members of our business operations and hockey staff.”

Oke has played an integral role in bringing members including Mental Health Performance Coach Brenley Shapiro and Director of Scouting Chris McNamara onto the team, and takes pride in seeing all Petes employees excel.

“I think that is a testament to providing not only the players the opportunity to grow and develop but also our staff.”

In order to build a growing, supportive, encouraging culture, Oke’s top priority is ensuring that everyone is heard and respected.

“You want to show that you care about one another. You may not always agree with each other’s opinions and thoughts, but at the end of the day you have respect for each other and show care for each other and then collectively make a decision for the organization.”

“You make decisions based on what is in the best interest of the team, and I think that shows the staff that their knowledge and experiences are valued. And they truly are.”

“It gives everybody the opportunity to feel comfortable and express what they think, and then collectively do what we need to do whether it is on the business side or hockey side to put the Petes in a position to have success on and off the ice.”

Oke has evolved the role of General Manager and has seen the Petes transform from a team of three staff members to 46 across the Board of Directors, Hockey Operations, and Business Operations over the past 11 years.

“Whether it is a Fortune 500 company, whether you are a principal at a school, or you are a hockey team you want to surround yourself with good people.”

“Together, we have worked really hard over the past 10 years to grow the business to where it is now, and certainly we have come a long way, but we want to continue to build.”

This job is one Oke continues to get a tremendous amount of joy from. The Petes GM thrives working in a team vying towards a common goal, making him eager to reunite with the entire team and fans at 7:05 pm on Thursday nights following the COVID-19 closures. The Petes GM is firm that although his role -like most in hockey- is all-consuming, none of it would be made possible without the support of family.

“Whether it is myself or other members of the organization, family is important. You need to have their love and support, the role of GM is literally 24 hours a day, 7 days a week, 365 days a year. My wife, my son, and my extended family are all very understanding. There are different stretches where you are not home to the benefit of the Petes so, there are a lot of celebrations and functions that myself, 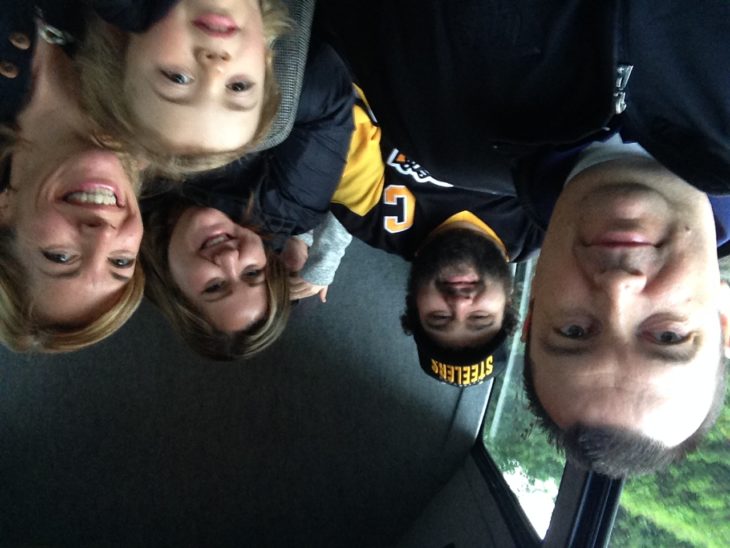 other members of our staff, and players miss.”

“We miss them with the understanding that we have other responsibilities to the Petes we are busy doing. I think the wives, husbands, children, moms, dads, brothers and sisters of all our players and staff, play an important role in the Petes allowing each and every one of us to do whatever we can to help make the Petes the best that they are.”

Mike Oke played an instrumental role in Brenley Shapiro joining the Peterborough Petes hockey operations team. Working with the Arizona Coyotes as well as the Petes,  Shapiro works with athletes to fill a need in their mental health and performance. Click here to read her story.