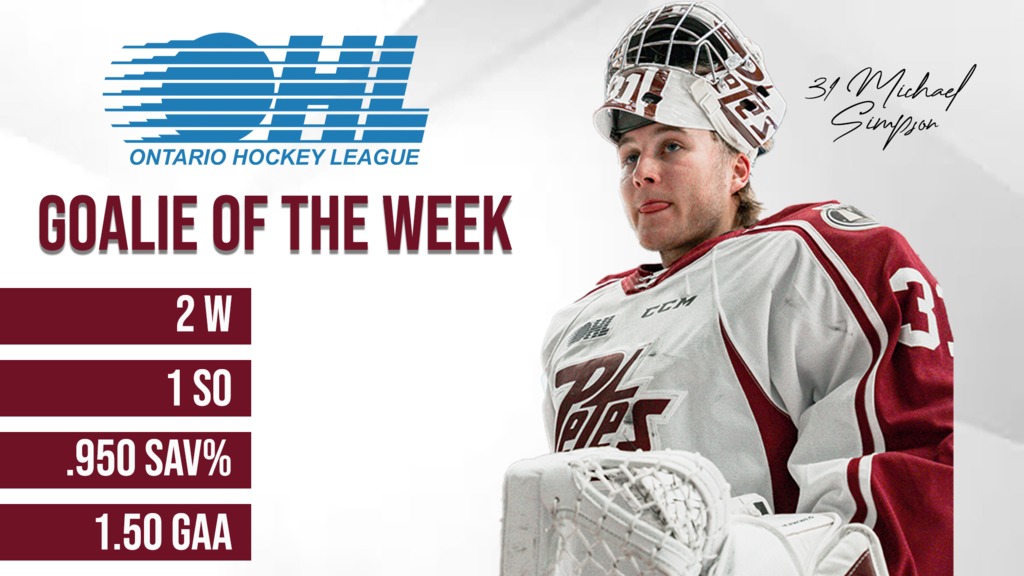 The Ontario Hockey Leagues announced on Monday that Petes goalie Michael Simpson has been named OHL Goaltender of the Week. Simpson played in two games over the week, recording a 2-0 record with a 1.50 GAA and .950 SV%, and his league leading second shutout of the season.

Simpson started the week with a 4-0 win over the rival Oshawa Generals in which he saved all 26 shots faced. He followed it up with a back to back win on Friday night against the Mississauga Steelheads in which he stopped 31 of 34 shots faced.

“It’s an honour.” noted Simpson. “Lots of goalies had good weekends so to be noticed for the award is definitely awesome. The team made my job easy this weekend.”

This is the second time that Simpson has been honoured by the OHL this season. On November 1st, Simpson was recognized as the league’s Goaltender of the Month for October. Simpson currently leads the league in GAA (2.28), SV% (.925), and shutouts (2) in 16 games played this season.