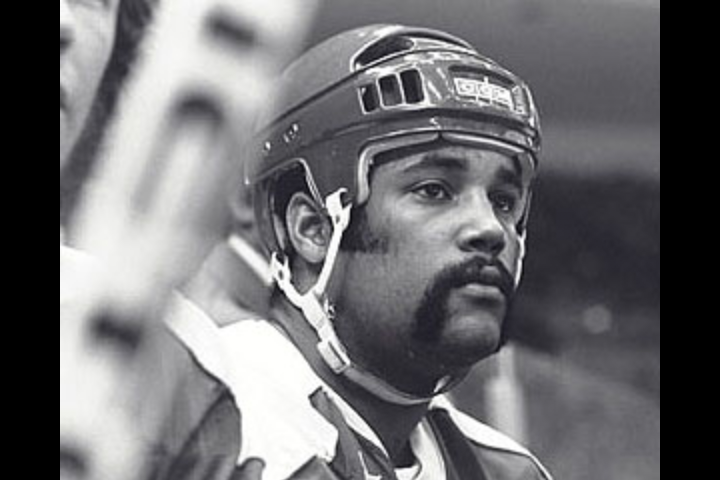 Throughout Black History Month, the Petes will recognize and highlight key members of the Black hockey community and showcase their illustrious careers and positive, long-term impact on the game.

Mike Marson was born on July 24, 1955, in Scarborough, Ontario and played in the OHA for the Sudbury Wolves from 1972-1974. After leading the Wolves in points with 94 at age 18 in his 1974 season, Marson was honoured by being named to the OMJHL All-Star Second Team the same year.

In the 1974 NHL Entry Draft, Marson was selected in the 2nd round, 19th overall by the league’s new expansion team, the Washington Capitals, becoming their second draft pick in franchise history. After being selected by the Capitals, Marson signed a five-year contract with Washington and put up 16 goals in his rookie season as an 18-year-old. Mike would become the second-ever Black Canadian player to play in the NHL behind none other than Willie O’Ree, who debuted with the Boston Bruins in their 1961 season.

Marson would score a hat-trick in a 1974 preseason game vs. Detroit, the only one of his career and would go on to make his NHL debut on October 9th, 1974. Marson played with the Capitals until he was traded to the Los Angeles Kings on June 11, 1979, where he would eventually finish his career. Throughout his career, Mike scored a total of 24 goals and 24 assists for 48 points in 196 career games. After his playing days, Marson has developed an off-ice martial arts training program for hockey players designed to help improve the player’s timing, focus and confidence not just in hockey, but in life.

Marson made history by being the second-ever black hockey player to play in an NHL regular season game and has helped pave the way for future generations in hockey.

Want to hear more like this? Click here to learn about Kwame Mason and art, activism and hockey.