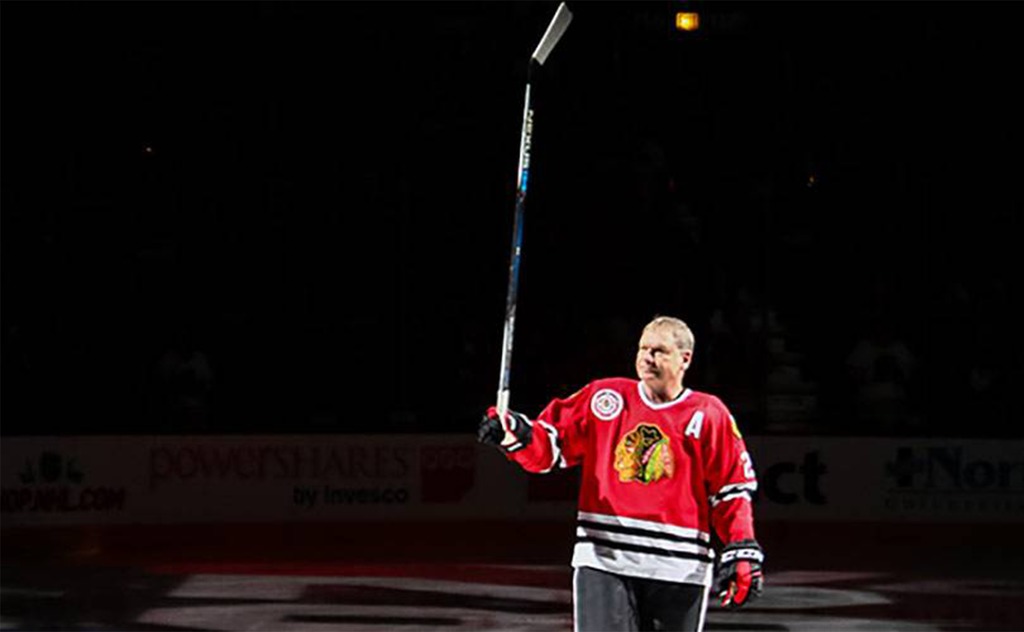 Every year in the social media frenzy discussing possible Hockey Hall of Fame nominations, one name is consistently tossed out by fans and sports media alike asking how he has yet to be honoured amongst the list of greats: Steve Larmer.

Despite his Iron Man status, a Stanley Cup ring, and 441 NHL goals, Larmer doesn’t take himself too seriously and admits to being starstruck around some of the game’s biggest superstars.

Although the Petes alumnus only played a single season (1977-78) in maroon and white, he maintains that it was a critical moment in his personal and hockey development.

“You know it was a really awesome opportunity first and foremost to play for Gary Green. He was the most honest coach I ever played for and a great communicator. Right from day one he made me feel really comfortable as a local kid who kind of made it as a walk-on. I was fortunate enough to make the team that year.”

Steve Larmer by large margin. Should be in the Hockey Hall of Fame. Most unassuming competitive player I’ve seen and played with. Period. https://t.co/u3fZgCuCfQ

“He took a chance on me and I certainly appreciated that.”

Larmer, more commonly known as ‘Larms’ among his former teammates, points to inclusivity curated by veteran players on the 1978 Petes as a reason for the team’s success.

“He took a chance on me and I certainly appreciated that. We had a veteran team with a lot of good players, guys like Randy Johnston, Paul MacKinnon, Keith Acton, and Greg Theberge, once the season started, they made you feel welcome and like you were part of it.”

The speedy forward spent the remainder of his junior career with the Niagara Falls Flyers from 1978 – 1981. In the 1980 NHL Entry Draft, Larmer was selected in the sixth round by the Chicago Blackhawks, a position that failed to accurately predict the breadth of his talent.

“The fact that I got drafted was an honour, I always looked at it like that. It’s kind of like the OHL draft, where the door kind of opens and you have to take the initiative to open it all the way.”

Larmer graciously interrupts his thought to laugh at being selected late in the draft.

“It was a great opportunity to get drafted to Chicago in the round that I did, everybody can’t always be a first-rounder or second-rounder but that doesn’t mean that you can’t play for a long time.”

The power forward certainly outperformed his draft selection and became a marquee for the original six hockey franchise. In 1983, Larmer won the Calder Memorial Trophy, was named to the NHL All-Rookie Team and set the record for most game-winning goals scored by a rookie (the record is held today by Marek Svatos). He won a gold medal with Team Canada at the Canada Cup in 1991 and across his 11 years with the Blackhawks, he didn’t miss a single game. 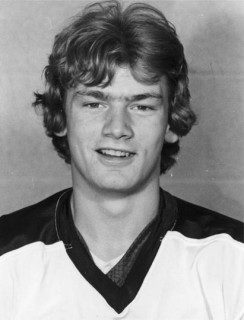 “The whole midwest has this whole attitude – you work hard, you play hard. I think Chicago in particular, appreciated hard-working players and hopefully that’s what I am remembered for.”

Although Larmer’s name is all over the NHL record books he maintains that he still spent a large portion of his career in shock of who he sat beside in the dressing room.

“My first two years when I was playing in Chicago I got to spend it with Tony Esposito who was a childhood idol of mine. Every kid who played ball hockey and was in the net pretended they were Tony Esposito.”

“I can remember the first year coming in after games saying ‘Great Game Mr. Esposito.’” I always called him Mr. Esposito. I have so much respect for those guys, they were my idols, sometimes I had to pinch myself that I was in the same dressing room as them, playing with them.” 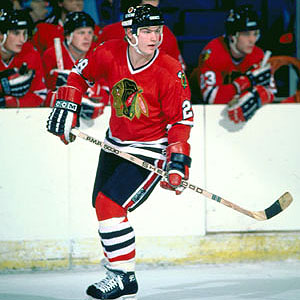 reciation for their willingness to take him under their wing and support his evolution as a professional hockey player.

“I always tell people I have been fortunate enough to play on some teams with not just good hockey players but really good people, Dennis Savard and Al Secord I mean to come into the league my first year and play on a line with them was special and I owe a great debt of gratitude to those guys.

Today Larmer steps onto the ice in a much more casual manner, using it as an opportunity to share jokes alongside the buddies he grew up with, his favourite part of the game.

“You have to have a sense of humour to play the game, it’s a game of mistakes. Every time you’re on the ice there is always something that can go wrong, so you have to be able to take some criticism and ribbing not only from your coach but your teammates as well.”

“I mean all the teams I played on were real close and tight-knit. I think at the end of the day the part you miss the most is being in the dressing room and all the banter that goes back and forth.”

When he isn’t at the Memorial Centre to lace up his skates, Larmer is in the stands cheering on his stepson, current Pete JR Avon or hitting the links in the summer. Larmer’s monumental career matched with his small-town humility and sincerity makes him a fan favourite in the hockey community.