Navigating the logistics of junior hockey in the 60’s: Craig Ramsay 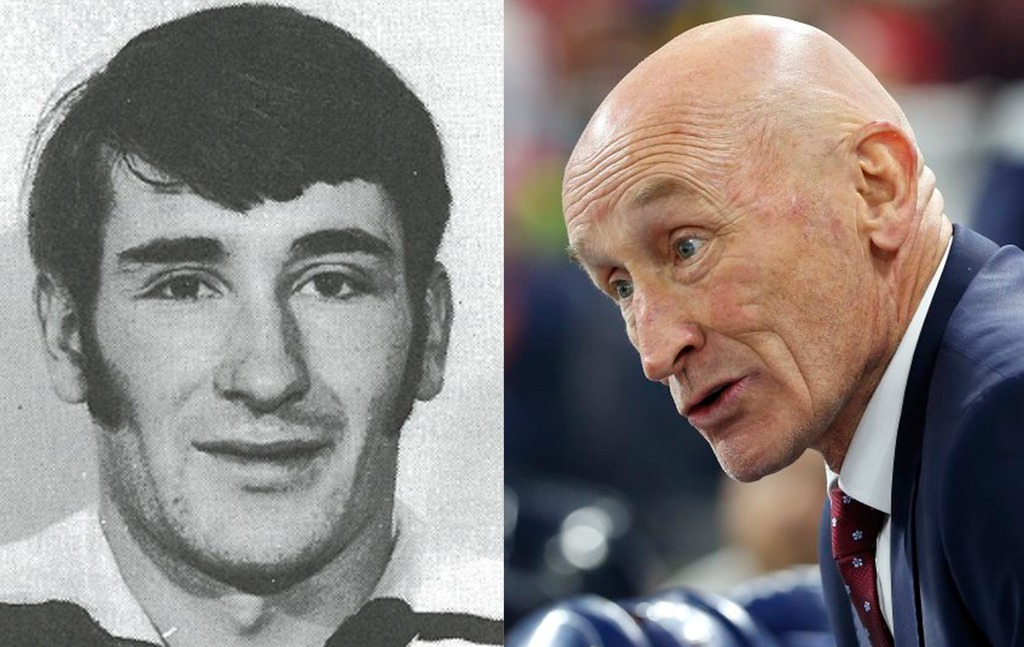 Craig Ramsay was meant to coach however long before he was manning a bench, he was a teen trying to navigate the logistics of junior hockey.

“It’s hard to believe in this day and age but I knew nothing about a draft. I had no idea about that. Then this guy told me I was drafted by the Marlies and I thought ‘what are you talking about?’”

To add to the confusion, Ramsay received a letter from Roger Neilson saying he was drafted to the Petes.

“I just kind of laughed because I wasn’t that good but they wanted me to go to training camp and I could take a day off school and I thought that would be pretty good.”

“So my parents drove me up we literally knew nothing about any of this and I was there from Friday, Saturday, Sunday and I’m pretty sure I had two pairs of pants and I was ready to go home and then Roger said well we would like you to say, and I was like ‘you’re kidding’ and I did.”

After some additional exhibition games against the Generals, Ramsay was offered the chance to play Jr. B in Peterborough, an opportunity he swiftly shut down, “I said no. I’m going home.”

“Eight days later I got a letter from Roger and he invited me to come up and join the Petes roster so I did it.”

Ramsay donned the maroon and white from 1967-71 and played alongside some of the Petes top guys like Ron Plumb and Dennis Patterson. 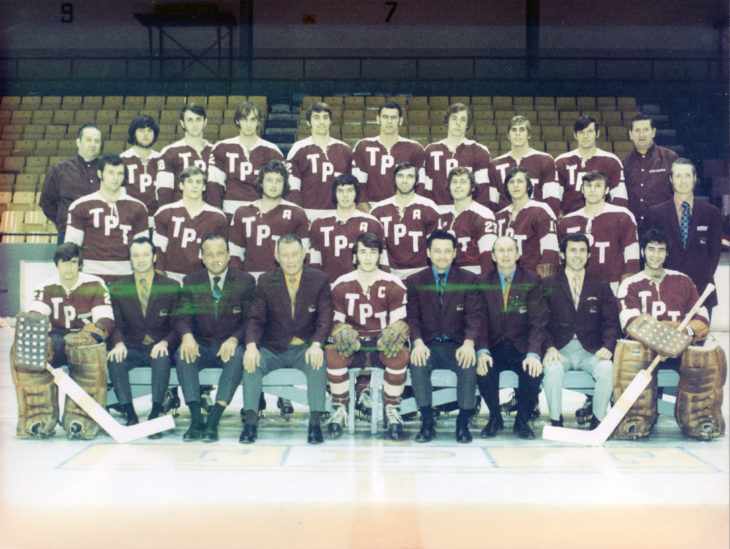 “My first year for sure I was a little squirt playing against guys who were 200 pounds. Rick MacLeish was our best player at the time. I wasn’t very good but Roger played me right through and next year I came back and I was better and I was learning the game.”

“Tony Featherstone took care of me. He was probably the toughest guy in junior. He would come and stand beside me and make sure I was OK and make sure no one was fighting me.”

Although Ramsay never formally coached a junior hockey team his first time behind the bench was during his time with the Petes.

“Steve Durbano tried to break my leg and I couldn’t play. Roger got suspended for complaining that his suspension wasn’t long enough so he put me on the bench and I coached the game.”

“We had a brawl and we were up 1-0 and there were six fighting penalties because John Garret came out of the net and he started fighting so he was thrown out of the game and I had half the bench and the backup goalie. Paul Elford went in the net and we won 5-0.”

Ramsay was selected by the Buffalo in the 1971 NHL Amateur Draft, and stayed with the Sabres throughout his entire playing career. Although he never saw a national championship with the Sabres, Ramsay made it to the 1975 Stanley Cup finals against the Philadelphia Flyers, and earned a Frank J. Selke Trophy in 1985.

In 1986 the Toronto native stepped up as the Sabres’ Assistant Coach and kicked off his professional coaching career that spanned across nearly 30 years, and included the Florida Panthers inaugural season. 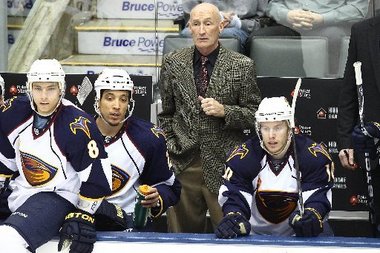 In reflecting upon his proudest moments Ramsay points to the 2004 Stanley Cup he earned with Tampa Bay, an accomplishment that was accompanied by some necessary financial hardship he now laughs about.

“I think my wife Susan had 31 tickets to game 7, I don’t know how she did it. Afterward I said I can’t afford to win another Stanley Cup.”

Most recently Ramsay has taken his coaching skills abroad taking over the Slovak national team in 2017, leading them to two IIHF Ice Hockey World Championships.

“I was in Peterborough in July and my phone rang and Dougie [Gibson, Petes alumnus] my brother in law was there and I saw it was a European number so I thought someone wants information on a player and I want to help a player if I can. It was Miroslav Satan I coached him in Boston.”

“He said will you come and coach the Slovak team and I said ‘aye yai yai’.”

“I talked to Zdeno Chara and he said this is the problem and we need you and you have got to go, so I did.”

Off Ramsay went overseas prepared to change on the challenge of a young and hungry organization who were up to host the IIHF World Championship in 2019.

“We played the Russians at the [2018] Olympics and he ended up giving up 2 goals in the first 4.5 minutes. I had to work with an interpreter to tell them to calm down. I was thinking we could give up 10 but we ended up being the only team that beat them at the Olympics, we won 3-2.”

Ramsay’s contract with the Slovak national team was renewed in September 2019 for one year. The Petes alumnus contemplates re-entering retirement, however with his skillset and long-list of references it appears the only thing capable of separating him from the rink is a pandemic.