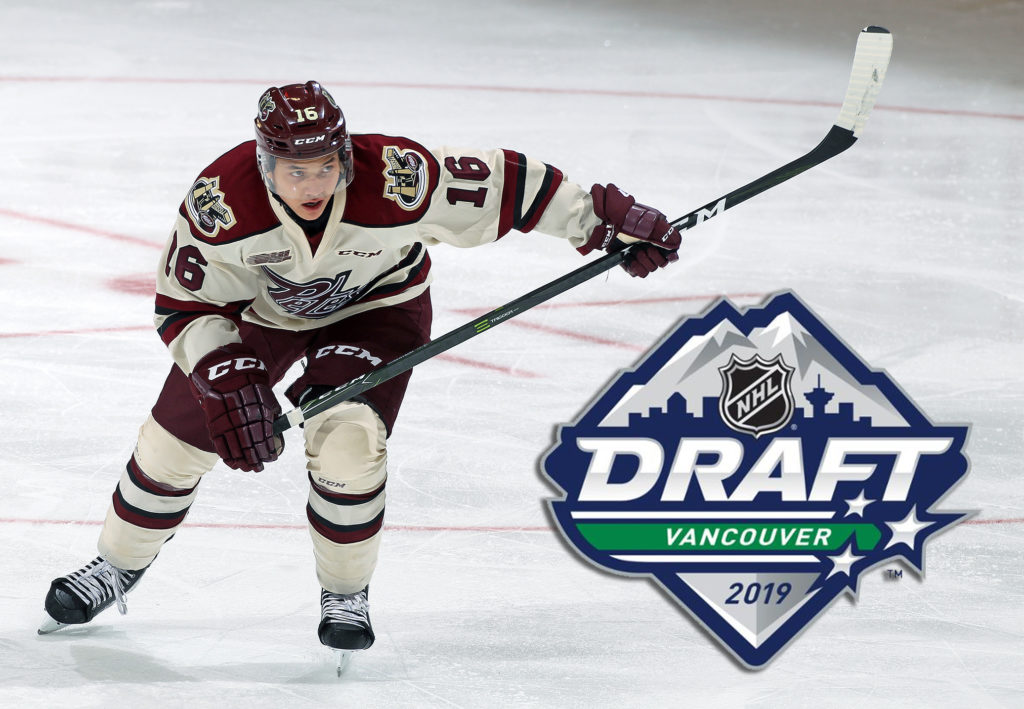 Nick Robertson, born September 11, 2001, sits in an apartment in Aurora where he’s living with his older brother and OHL standout, Jason, for the off season. They’ve stayed in Ontario to train with former NHL superstar Gary Roberts at his high performance centre, rather than return to their native California.

One of the youngest eligible players for this year’s NHL Draft, Nick is using his last few days before heading to Vancouver to mentally prepare himself for a life changing weekend, much like the one he was witness to two years ago when said brother was selected by the Dallas Stars.

The left winger fielded some questions about the lead up to the draft and how he’s feeling as the weekend approaches.

This summer is arguably the most important of your life to this point. What have you done differently this off-season than in years prior in preparation for the draft?

What is the toughest or strangest question you’ve been asked by NHL teams in your interviews with them so far?

You battled a wrist injury all season long; did that come up when talking to teams, and how did you respond to those questions?

NR: It came up almost in every interview. I explained how I played a few games at less than one hundred percent, played in a cast, and how I think that hindered my production a bit in the first part of the season, but that it’s doing great now.

You were one of the top performers at the NHL Combine a few weeks ago in Buffalo. What was that experience like? Were you happy with your results?

NR: It was definitely a long week. In the morning, it was waking up to go to different interviews and then sprinting across the whole arena to get to another suite for an interview. It was definitely hectic and mentally challenging, just trying to remember to answer questions the right way and getting in the groove of things, and trying not to talk too much or too little. Overall, I had a great time. It was fun and a great experience. Talking to people like GMs, guys like Scotty Bowman and Steve Yzerman and other big names, you’re kind of in awe when you’re in the interview. If you think about it, you’re kind of interviewing for a career at 18 years old, so it was definitely a good learning opportunity.

As far as the testing goes, I think I did a few more pull ups than they said I did (laughs), they gave me 15 and I think it did 16 or 17, but I guess they didn’t like they way I did them. I surprised myself in a couple of the tests like the grip strength and the vertical jump. I did well in the things I thought I would do well in. Overall, I was happy with the results. 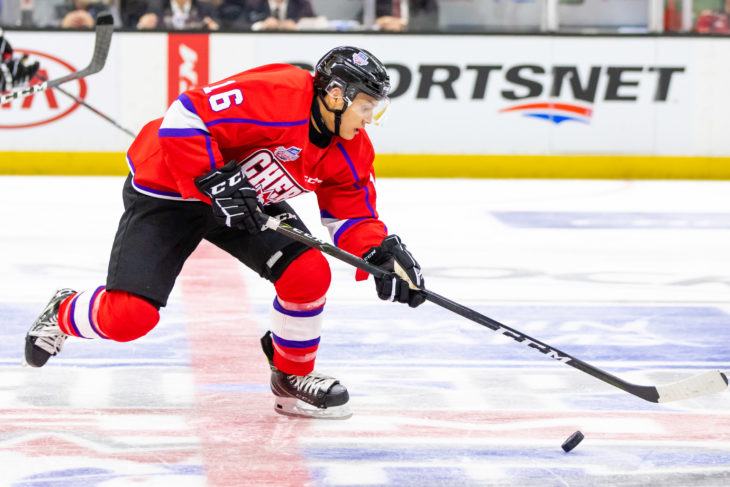 You had a great showing at the Ivan Hlinka tournament and an even better showcase at the Sherwin-Williams CHL/NHL Top Prospects game. What was your mindset going into those events knowing that there would be lots of NHL scouts evaluating you?

NR: I was motivated because I didn’t think I was getting that much attention leading up to the season with all these big name guys. I think these events bring together a lot of GMs and scouts, and you want to get the respect from them when they’re making a decision to pick you. So I just took it as a chance to prove myself, that show that I can hold my own against big players, and that I’m a top player myself. On a Thursday night in Peterborough you’re going to get mostly Ontario scouts, you’re not going to get all the GMs and scouts to come see you play, so I think it’s just a bigger stage that brings the best out in me.

Have you been paying attention to all of the rankings coming out over the course of the season?

NR: I don’t really look at it. It’s not that I don’t want to see it, but at the same time, I just don’t take the time to look. 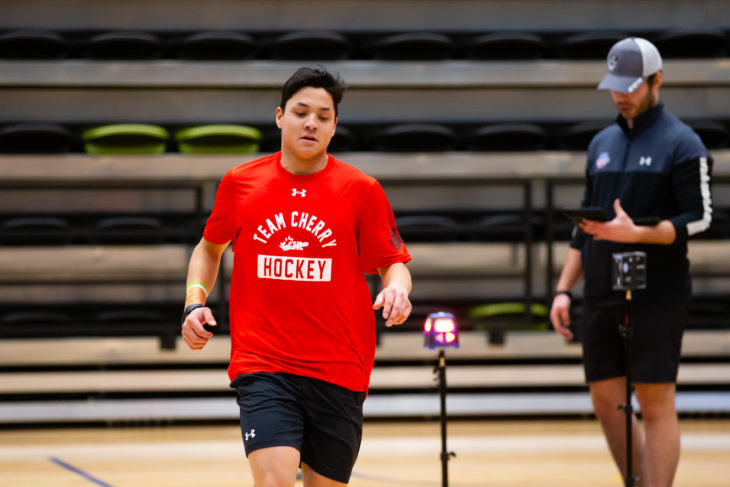 Your brother went through this process two years ago. What advice has he given you as you’ve gone through it?

NR: His best advice has been to be calm and to try to enjoy the process. Especially when you’re at the events, the games, the combine, to just enjoy it and to put your best foot forward, to do your best, and be confident. He also said to enjoy the process because that’s what gets you to your destination. It’s been nice to to have him around to keep me distracted from the pressure and all the talk around where I’m going to go and what teams are interested. I’m trying to take it all in and remember everything I’m going through so I can help younger guys going through the draft in the future.

How will it feel if you’re drafted ahead of your older brother? (Jason was drafted in the 2nd round, 39th overall by the Dallas Stars in 2017)

What area of your game do you think you need to work on to elevate it to be able to play at the NHL level?

NR: I’ve been telling teams I need to work on my game in the defensive zone. I think it’s pretty good in the OHL, but when you get to the NHL the little details matter so much. No matter how good you are, those are the little things that are going to make the difference between you being a first line guy or a fourth line guy. It’s important to pay attention to the little details. Things like getting bigger and stronger will come with time and age in addition to training. 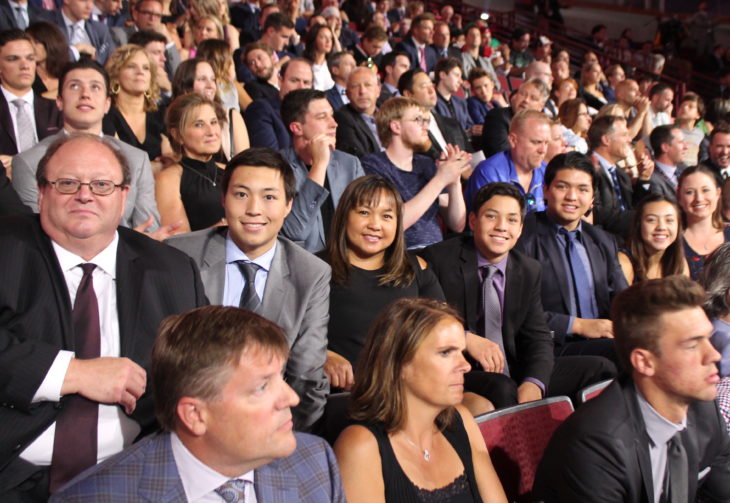 Who is attending the draft with you?

NR: Hopefully my whole family. One of my brothers may not be able to make it, but I’m hoping he can.

Do you plan on getting out in Vancouver to see some of the city?

NR: I’ve heard that it’s a really nice city, but I’ll probably just spend any spare time with my family. It’ll be the first time in a long time that our whole family is together for more than 24 hours, so I’m pretty excited for that time with them and to get to relax together.

Stay up to date with Nick and Hunter Jones throughout the 2019 NHL Entry Draft in Vancouver by following the Petes on Facebook, Twitter, Instagram, and online.