Nick Robertson Named OHL ‘On the Run’ Player of the Week 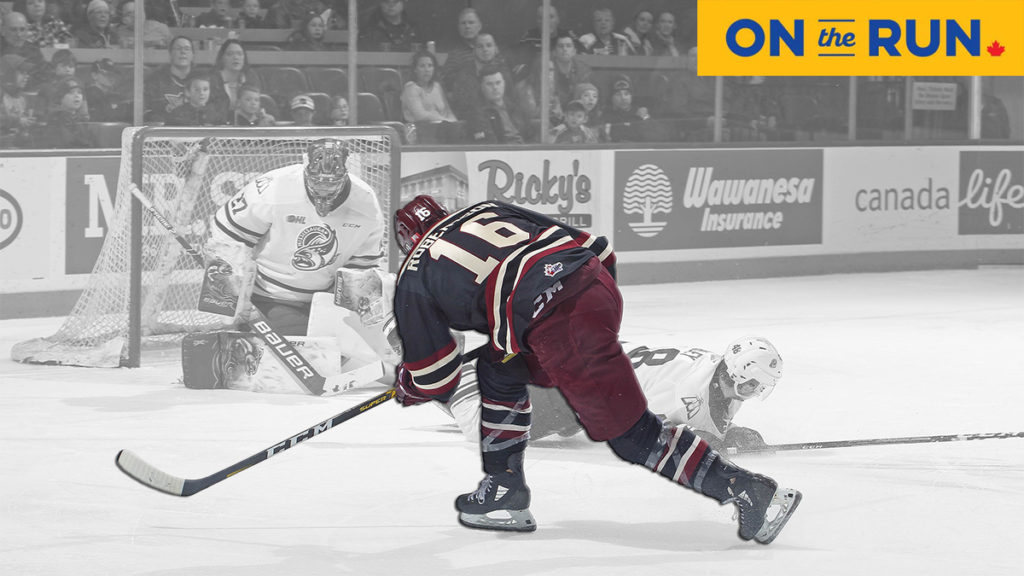 The Ontario Hockey League today announced that Toronto Maple Leafs prospect Nick Robertson of the Peterborough Petes is the OHL ‘On the Run’ Player of the Week with 10 points in three games including five goals and five assists along with a plus/minus rating of plus-8.

Robertson led the Petes to a perfect 3-0 week, outscoring opponents 25-2 in the process as he increased his goal-scoring total to a CHL-leading 55. The third-year winger scored a goal in Thursday’s 8-0 blanking of the visiting Hamilton Bulldogs. He earned first star honours with two goals and two assists in Saturday’s 5-1 victory over the Mississauga Steelheads on home ice, finishing the game with seven shots on goal. Robertson rounded out the weekend with his second five-point effort of the season, scoring twice while adding three assists as the Petes took it to the Niagara IceDogs in a 12-1 road win.

A 19-year-old product of Northville, Mich., Robertson leads the Canadian Hockey League with 55 goals, tacking on 31 assists for the OHL’s ninth-best total of 86 points over 46 games. He recently became the fastest player in Peterborough Petes history to score his 50th goal, doing so on in his 43rd game of the season on Mar. 1st. Robertson is currently fifth in OHL shots on goal with 255 to his credit. He’s eight goals shy of Scott Tottle’s 1983-84 Petes single season franchise record of 63 with six games remaining on the schedule. Robertson was a second round (53rd overall) pick of the Maple Leafs last summer and represented the United States at the 2020 IIHF World Junior Hockey Championship this past January. The Petes selected Robertson with the 16th overall pick of the 2017 OHL Priority Selection from the Toronto Red Wings Minor Midgets.

Also considered for the award this week were a pair of Peterborough Petes teammates including Los Angeles Kings prospect Akil Thomas who recorded nine points (4-5–9) over the three wins. Minnesota Wild draftee Hunter Jones was also stellar, playing to a 2-0 record with a 0.50 goals-against average, .986 save percentage with one shutout.

Nick, Akil, Hunter, and the Petes are back in action on home ice on Thursday, March 12 against the Sudbury Wolves and on Saturday, March 14 against the Oshawa Generals. Both games are at 7:05pm.