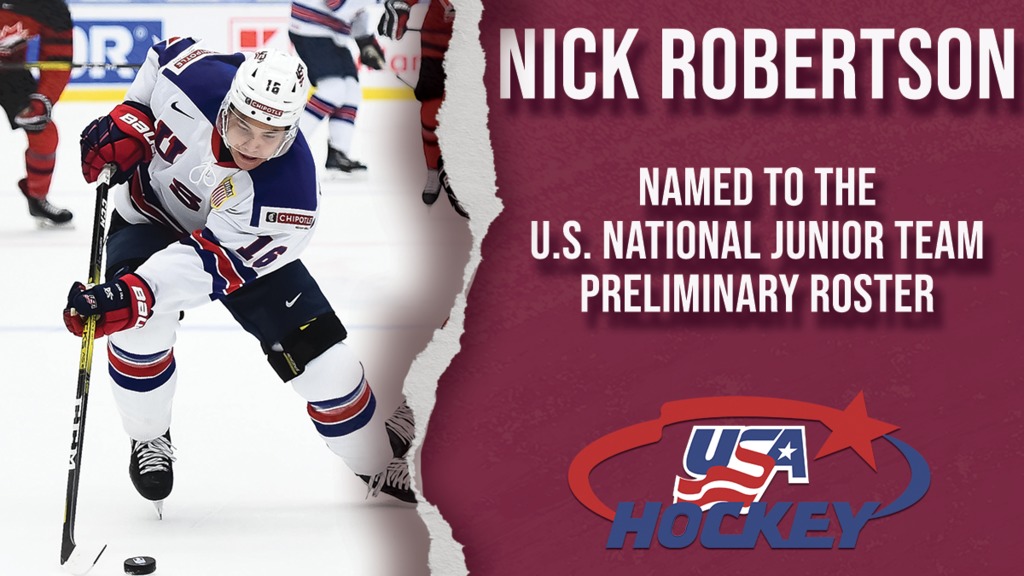 Robertson will be one of 29 players taking part in USA Hockey’s selection camp in Plymouth, Michigan starting December 6. The final 25-man roster is anticipated to be announced on Sunday, December 13, prior to the team’s departure for Edmonton.

Last year during his first appearance at the 2020 World Juniors, Robertson notched five points (two goals, three assists) in five games before being eliminated in the quarter-finals by Finland.

“We’re excited for Nick to have the opportunity to participate as a member of Team USA again in this prestigious tournament. He certainly played well last year for Team USA. I know he’ll bring his experience from last year and be an even bigger piece of Team USA this year,” says Petes General Manager Mike Oke.

While playing for Peterborough, the left winger was the recipient of the OHL’s William Hanley Trophy, Most Sportsmanlike Player of the year, after scoring a league-leading 55 goals in 46 games during the 2019-20 season. The speedy winger also led the OHL with eight short-handed goals and was tied for first with 10 game-winning goals.