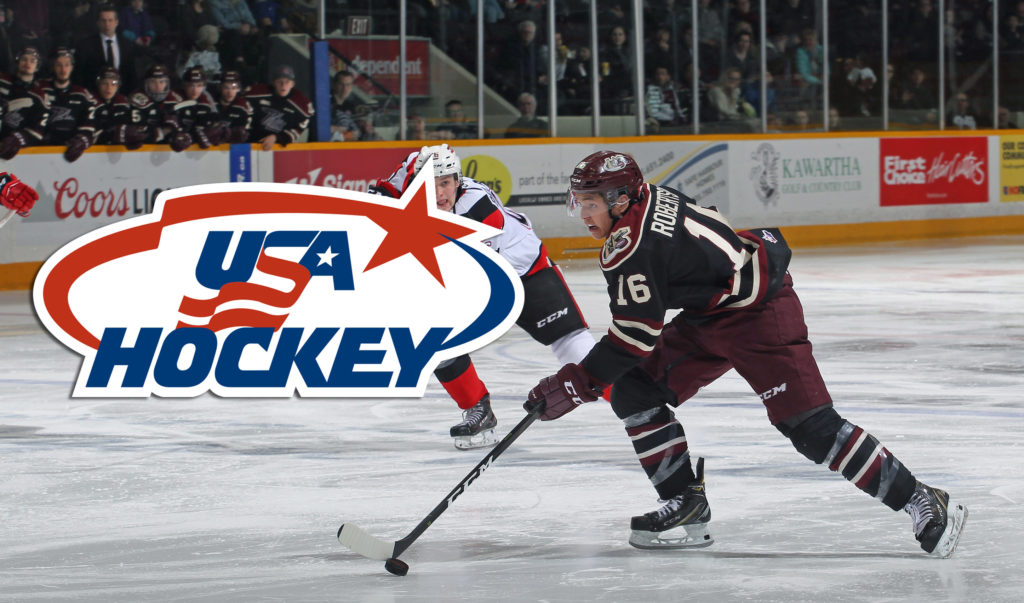 Robertson, who is expected to be selected in this weekend’s 2019 NHL Draft in Vancouver, is one of 44 players vying for the opportunity to represent the United States at the 2020 IIHF World Junior Championship in Ostrava and Trinec, Czech Republic.

The Summer Showcase will take place in Plymouth, Michigan from July 27 to August 4. Other teams taking part in the event include Canada, Finland, and Sweden. Robertson’s teammate, goaltender Hunter Jones, will represent Canada at the week-long tournament.

This marks the third time the United States will host the Summer Showcase at USA Hockey Arena, home to USA Hockey’s National Team Development Program. It previously hosted the event in 2016 and 2017.