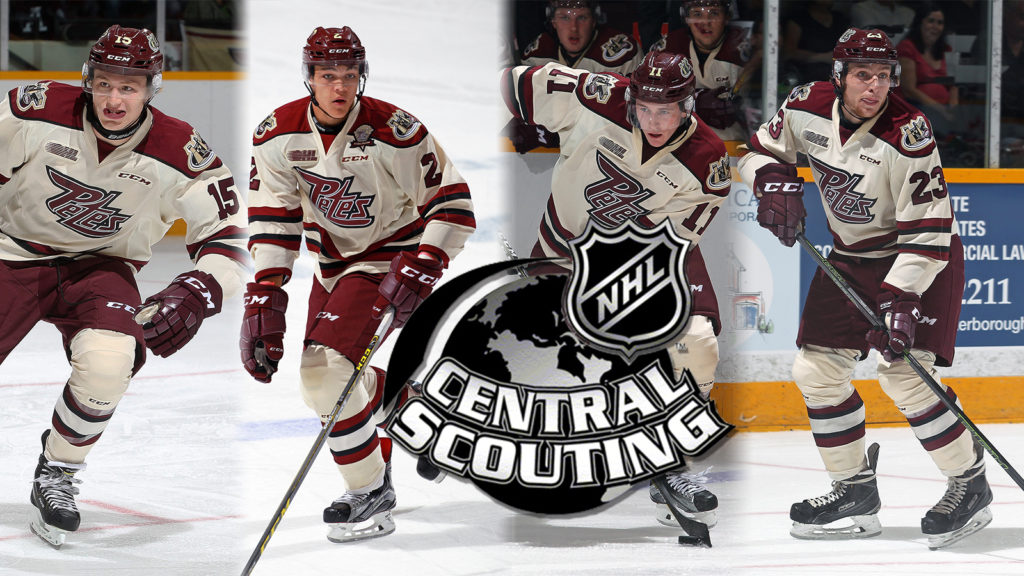 The NHL Central Scouting Service released its annual mid-term rankings ahead of the 2017 NHL Entry Draft in Chicago. Four Petes players, including Zach Gallant, Matyas Svoboda, Nick Isaacson, and Cole Fraser were named to the list along with five Petes prospects on the North American Skaters list.

Gallant has had an impressive first half of the season, recording 14 goals and 19 assists for 33 points and a +5 rating in 42 games played. The 6’1”, 184lbs centre from Oakville, Ontario was recently named the OHL Player of the Month (December). He was ranked 71st among North American skaters entering the draft.

Svoboda (166th), Isaacson (168th), and Fraser (206th) also impressed scouts through the first half of the campaign, and look poised to help the Petes make a deep playoff push.

Looking to cheer on the Petes and the future NHL stars on the roster? Pick up a flex pack for the playoff push, and be sure to download the Petes Mobile App for Android or iPhone for the latest news, contests, info, and the Petes Loyalty Rewards Program.