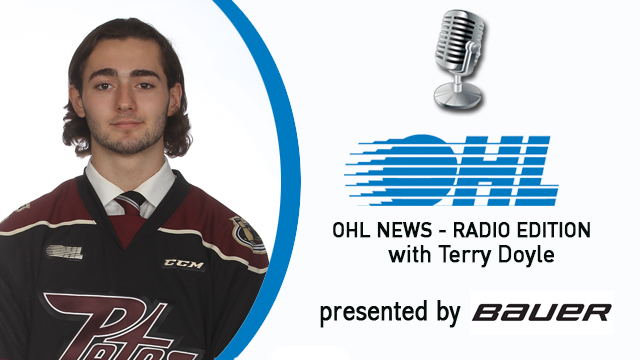 OHL News – Radio Edition with host Terry Doyle and presented by Bauer returns for the 2018-19 regular season bringing fans insight from feature guests as well as news and notes from around the league each and every week over the airwaves.

This week’s segment features Arizona Coyotes prospect Liam Kirk of the Peterborough Petes who made his OHL debut on Thursday night recording an assist on home ice in a 4-0 win over the Kingston Frontenacs.

Kirk comes to the OHL from England after playing two seasons with the Sheffield Steelers of the EIHL.  The 18-year-old was chosen ninth overall by the Petes in the 2018 CHL Import Draft just days after his historic seventh round selection by the Coyotes becoming the first British born and trained player to be picked in the NHL Draft.

He chats with Doyle about his adjustment to life in Peterborough and adapting to the OHL game, his familiarity with coach Rob Wilson, and his whirlwind NHL Draft experience.