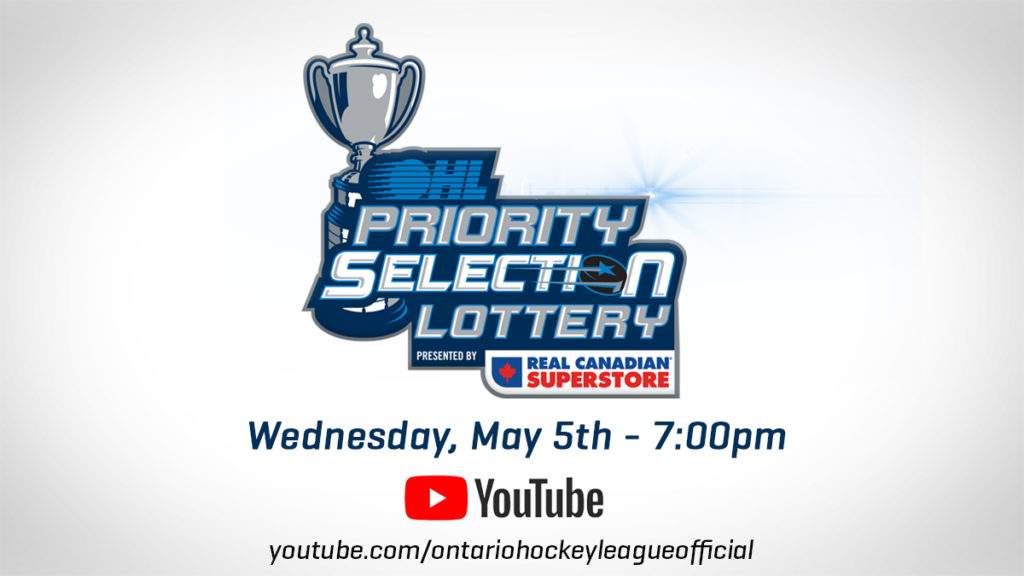 For the first time since the implementation of the annual Priority Selection online in 2001, the event will be held over the course of two days, with Rounds 1-3 being held on Friday, June 4 beginning at 7:00 pm. Rounds 4-15 will take place on Saturday, June 5 beginning at 9:00 am.

“We’re very excited to welcome the next wave of promising young players to the Ontario Hockey League,” said Commissioner David Branch. “On behalf of the League, I’d like to wish all players the best of success now and going forward as you pursue your hockey goals.”

While the Priority Selection remains its customary 15 rounds in length, the League will be determining the order of selection by way of its first-ever Priority Selection Draft Lottery on Wednesday, May 5 at 7:00pm. The proceedings will be livestreamed on the OHL YouTube channel.

OHL member teams participating in the first round will have an equal chance of securing the first overall pick, with the order of selection to be determined by a computerized random number generator lottery process to be overseen by legal representative Robert Bayne of Filion Wakely Thorup Angeletti LLP.

Unlike past years, the 2021 Priority Selection will see member teams select in a serpentine arrangement, with the order of selection in the first round being reversed to begin Round 2 and alternating each round thereafter.

The 2021 OHL Priority Selection will largely see the top-ranked players born in 2005 within OHL jurisdiction eligible to be selected on June 4-5.