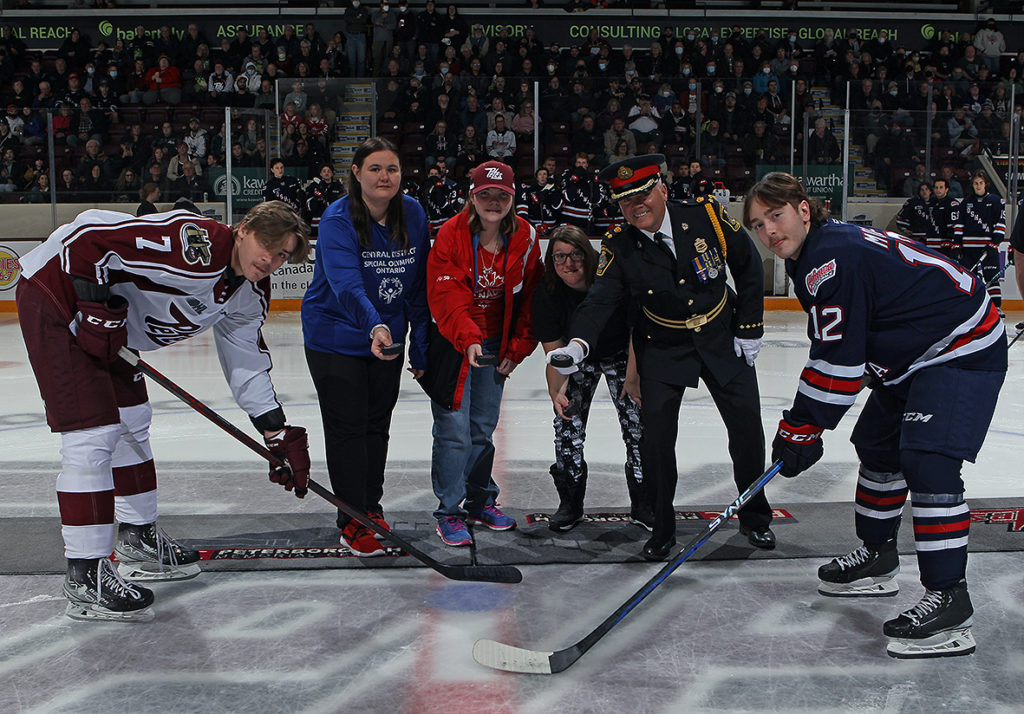 Trying to put a difficult road trip behind them, the Peterborough Petes welcomed the rival Oshawa Generals to the PMC for the first time this season. Petes rookie forward Jack Van Volsen would return to the line up after missing the last two weeks playing for Canada White at the 2022 U17 World Hockey Challenge. Newly acquired New York Rangers first round pick Brennan Othmann would make his home debut at the PMC in one of the oldest rivalries in junior hockey.

Tonight the Peterborough Police Auxiliary Unit attended the Pete's game along with officers to raise money for the LETR!
In total we raised approximately $3000!
Thank you to EVERYONE!@petesohlhockey #specialolympicsontario #SOO #guardianoftheflame #thankyou pic.twitter.com/L07fvhlJ1w

The Petes came out firing in the first, putting their road trip in the rearview mirror. It would only take six minutes for the Petes to get on the board, as Connor Lockhart would rip a shot past Generals goalie Patrick Leaver to give the Petes a 1-0 lead. Just six minutes later, J.R. Avon would score a highlight reel goal to extend the Petes lead to 2-0. Just when everyone was trying to get their bearings from the previous goal, Jack Van Volsen would keep the party going, scoring his fourth of the year one minute later. The Petes would take a 3-0 lead into the locker room, outshooting the Generals 22-5.

In the second period, the Petes would continue to dominate with scoring chance after scoring chance. Oshawa would hold them off until the 16:50 mark, when Brennan Othmann would stun the crowd with a beautiful move to beat Leaver and score his first as a Pete. The game would stay 4-0 heading into the third.

this was nice, we liked this pic.twitter.com/Gyxpj8rp5K

In the third, Oshawa would find a bit of life. Despite multiple powerplays and scoring chances, Michael Simpson refused to be beaten on the night, recording his league leading 2nd shutout of the year. The Petes would take this one 4-0, staying undefeated against the Generals this season.

J.R. Avon and Konnor Smith both led the Petes with two points each, Brennan Othman scored his first as a Pete, and Jack Van Volsen added another. Shawn Spearing recorded his first assist of the year, Tommy Purdeller, Tucker Robertson, and Brian Zanetti all added an assist in the win. Michael Simpson continued his hot start, stopping all 26 shots he faced.

The Petes travel to Mississauga tomorrow night to take on the Steelheads for the first time this season. Puck drop is scheduled for 7:00PM. You can catch the game on YourTV and Freq 90.5.