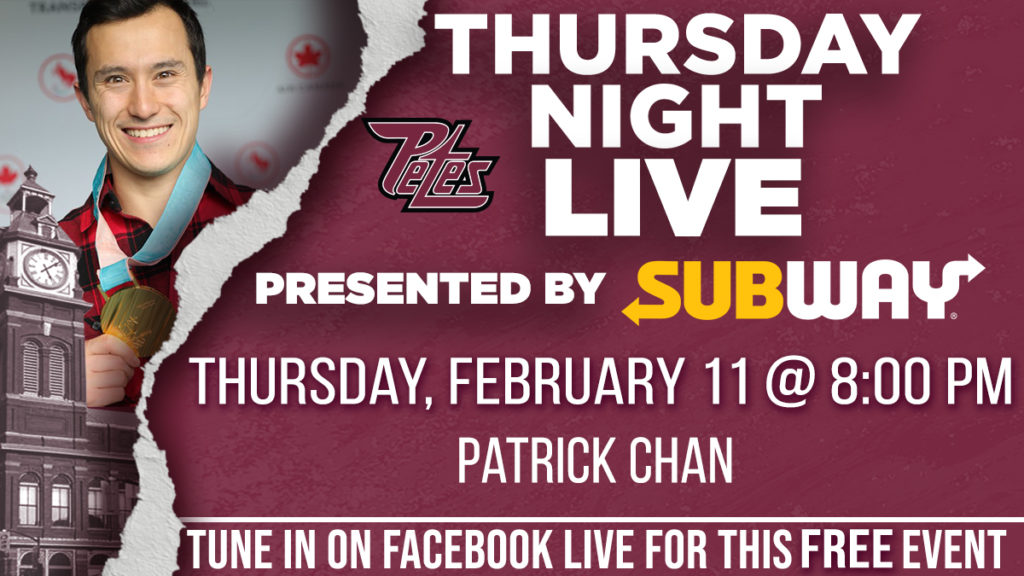 The 10-time Canadian Champion and three-time World Figure Skating Champion will reflect on his figure skating career and experience at the Olympics before retiring on April 16, 2018. The three-time Olympic medalist will shine a light on what he’s been up to post-retirement which includes obtaining his realtor licence.

In celebration of Black History Month, the Petes will recognize Angela James who was the first Black Canadian hockey player to be inducted into the Hockey Hall of Fame. In a video montage during the first intermission, the Petes will showcase her playing career and achievements which include winning four World Championship gold medals.

In the second intermission, rock and roll singer Sameer Cash will make his second, consecutive appearance on TNL. The Toronto native will be singing “Cherry Red” a song from his album “This City,” which was released in September 2020.