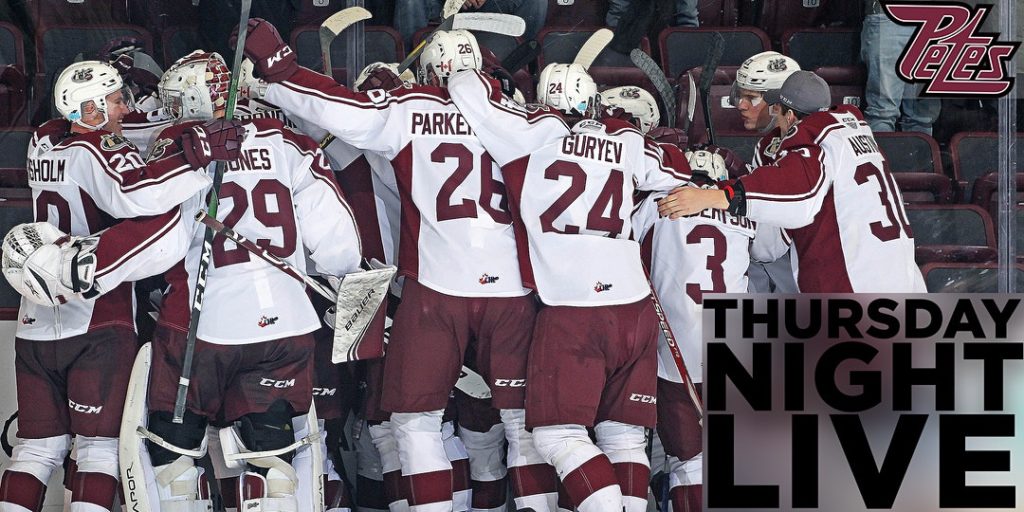 After a successful debut of Thursday Night Live (TNL) last week, the Peterborough Petes are excited to announce details for TNL Week Two, which is streaming live online on Thursday, October 1, 2020 from 6:00-7:00pm.

TNL Week Two will feature an in-depth Q&A with local radio personality and the TV voice of the Petes, Pete Dalliday, whose family has been synonymous with the Petes for several decades. Pete, who is known as one of Peterborough’s favourite sons, will share some of his favourite stories with the maroon and white over the years, including some never-before-heard takes on the team’s past, present, and future.

Game Night Host Courtney Bell misses everyone here at the PMC, but don’t worry we will be together again this Thursday night!

This week we will be joined by @petedalliday! Make sure to tune in at 6:00PM!

Back again for the second week is the popular live Petes Trivia competitions. Jon Simmons from Peterborough took the Week One crown last Thursday, and if the TNL live chat was any indication, fans will be working hard to take the champion down in Week Two, with prizes including a game-worn jersey on the line.

The musical guest this week is The Anxious Patients, who will be bringing their acoustic stylings to the screen during the intermission. There will be plenty of other opportunities

Several other special features have been added to the mix for this week’s show, including a special reveal of the TNL Week Three guest. Fans will have an opportunity to win prizes if they can predict the hockey hall of fame guest who is on tap for October 8.