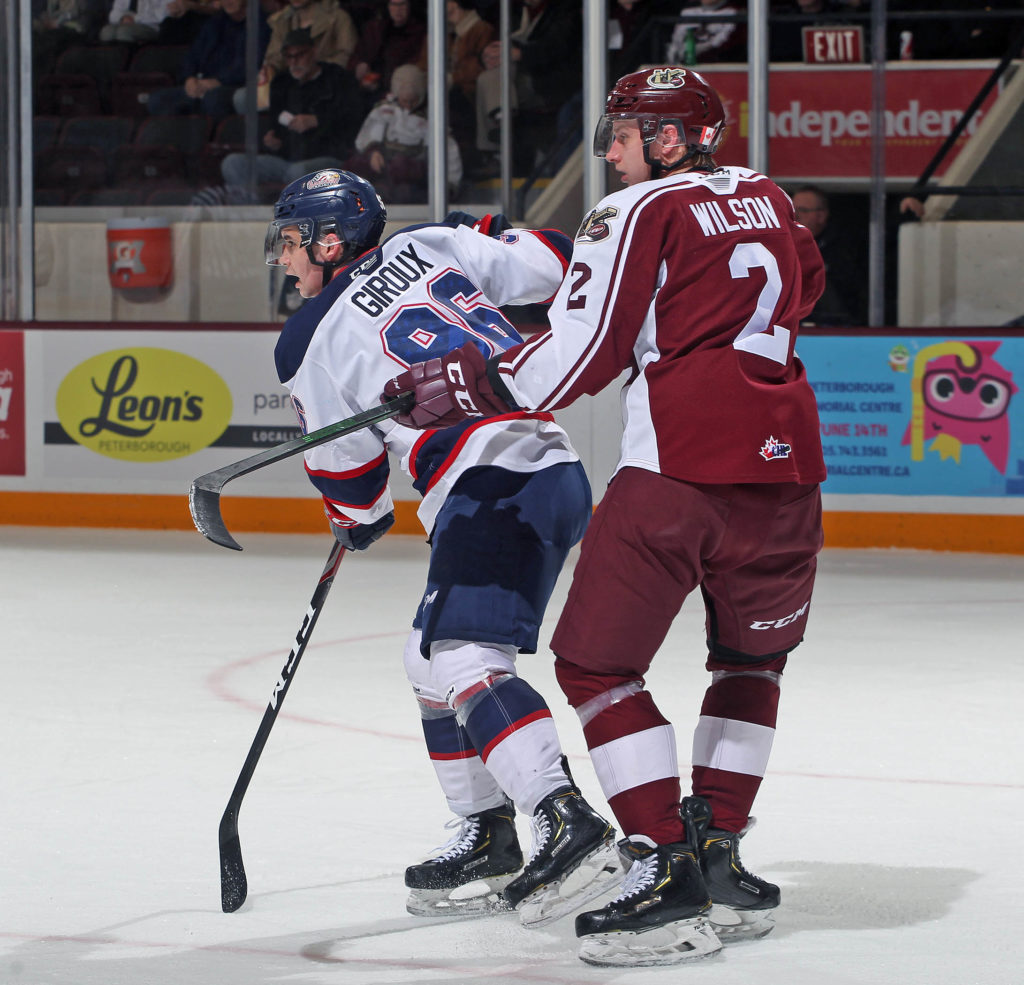 Coming off his overage season with the Peterborough Petes, the rugged defenceman had aspirations to play pro.

With the pandemic postponing NHL playoffs until August and creating uncertainty about the 2020-21 start date for pro leagues, Wilson decided not to wait any longer to see what pro opportunities arose.

“It was all up in the air,” Wilson said. “Everyone I spoke to said basically the same thing. They couldn’t really do anything because no one knew what was going on. You could move or trade or sign a lot of guys to a lot of places.

“I’m going to make the most of it. I get to go play U Sports which is not the end of the world, for sure. I get to go to a great school and a great place. I’ve heard nothing but good about it. I’m happy with my decision and excited. It should be lots of fun.”

Wilson had options for school but said he was drawn to Acadia. Even though he grew up in Toronto, Wilson likes the idea of playing in a small town like Wolfville, N.S.

“I talked to a lot of people. It’s four years of your life so it’s a big decision,” he said.

“I hear it’s a great place. I wouldn’t call myself a city boy. I know I won’t have too hard of a time living out there out by the sea. I’ve never been there. I’ve only heard about it. I’m excited to check it out and be able to live there for a few years. I love to get outdoors and do things outside. I shouldn’t have any problems adapting out there. I grew up in the city but lived at the cottage and tried to get out of the city as much as I could.”

To read the full story, click here to visit The Peterborough Examiner online.