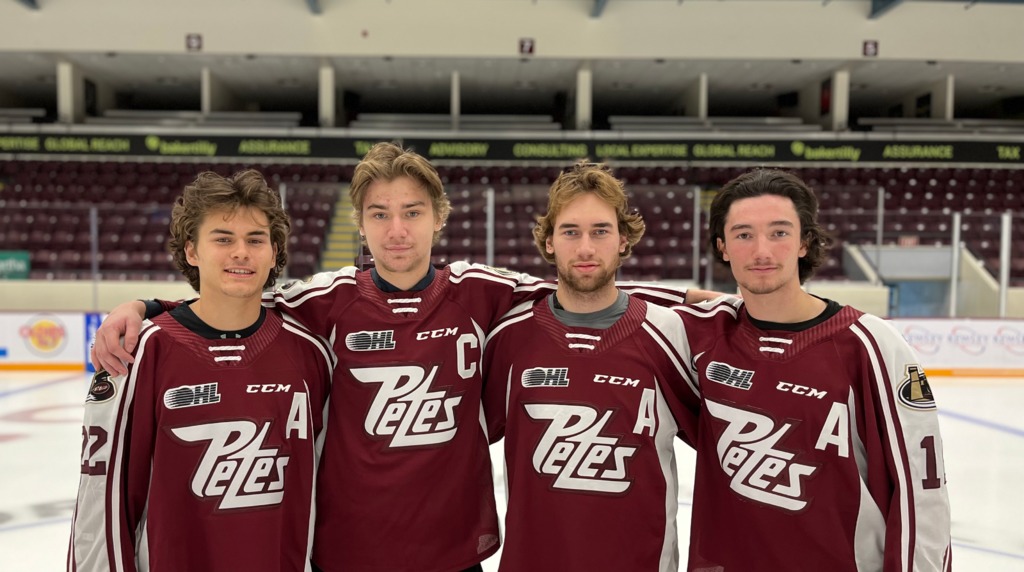 The Peterborough Petes have named the following players as their leadership group for the 2021-22 OHL season:

Spearing was selected by the Petes in the 4th round, 75th overall in the 2018 OHL Priority Selection. The 6’2”, 192 lbs defenceman has suited in 81 career OHL games, totalling two goals and eight assists for 10 points. Despite being sidelined this season, the Toronto, Ontario native has been a leader in the locker room and continues to mould the Petes’ young group.

“It’s an honour, it’s such a storied franchise,” expressed Spearing. “We have a locker room full of great guys and a bunch of great leaders.”

We’re very happy to announce that Shawn will be our captain for the 2021-22 season with alternates Tucker, J.R., and Keegan supporting him,” commented Petes Head Coach, Rob Wilson. “We have a great group of young men leading our players, who are all prepared to have a strong season. Shawn is our most experienced player, the players and coaches respect him. He competes and comes to play every night and that’s what a good leader does.”

Avon, who signed with the Philadelphia Flyers as a Free Agent in September, was selected by the Petes in the 1st round, 11th overall in the 2019 OHL Priority Selection. The Peterborough native is on pace to set his own record in goals, assists, and points this season.

Robertson, a Petes 4th round, 72nd selection in the 2019 OHL Priority Selection, is tied for 4th in the OHL in points with seven (two goals, five assists). Robertson was named to the NHL Central Scouting Service today ahead of the 2022 NHL Entry Draft. In his rookie season, the Toronto, Ontario native tallied eight goals and 10 assists for 18 points.

McMullen, who was selected 300th in the 2018 OHL Priority Selection by the Petes, has four goals and seven assists for 11 points in 47 OHL career games. The Cambridge, Ontario native is currently tied for second in the OHL with one shorthanded goals.

Fans can watch the new leadership group take on rival Oshawa Generals this Thursday, October 21 during First Responders Night. Tickets are now on sale for the 2021-22 season. For information on season tickets, private suites, or groups, please contact Eric Ebenbauer at eebenbauer@gopetesgo.com.