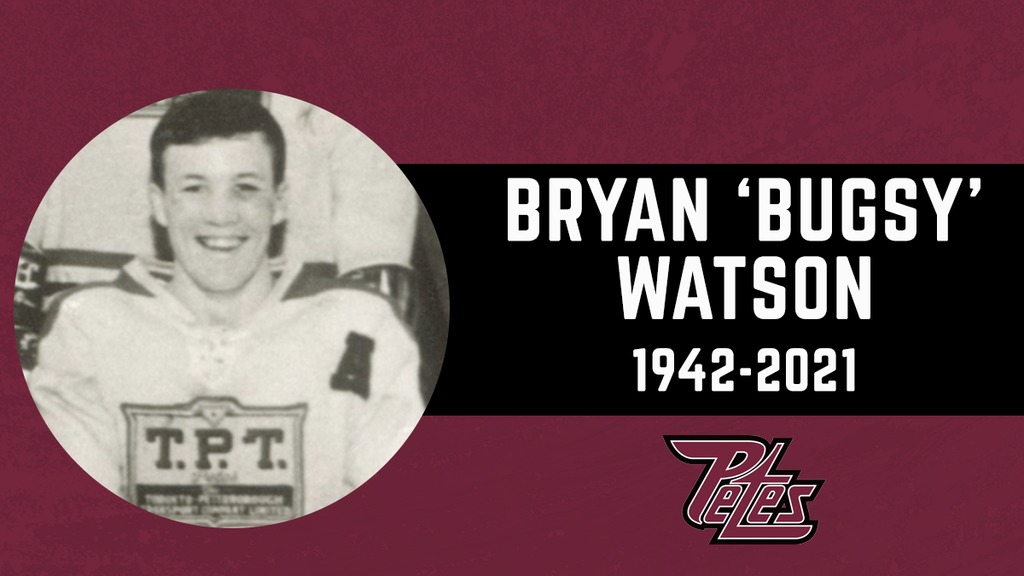 The Peterborough Petes are saddened by the loss of alumnus Bryan ‘Bugsy’ Watson who passed away on July 8 in St. Michael’s, Maryland at the age of 78.

Hailing from Bancroft, Ont., Watson played for the maroon and white from 1960-63 under the leadership of Scotty Bowman and alongside players like Wayne Boddy, Chuck Goddard, and Drake Jopling. Following his 117 games with the Petes, Watson went onto a 15-year career in the NHL, splitting his time between the Detroit Red Wings, Pittsburgh Penguins, and Washington Capitals. He’d become one of the first coaches in Edmonton Oilers’ history, coaching a 19-year-old Wayne Gretzky in a stint that lasted just 18 games.

“The final year he was here, he was the best defenseman they [Petes] had. He was incredibly tough,” describes Peterborough District Sports Hall of Fame volunteer, Pete Pearson.

Watson was a gritty defender, known for his aggressive play despite standing just 5-foot-9 and 175Ibs. He broke in with a Canadiens team that featured the likes of Henri Richard and Jean Béliveau that went on to win the Stanley Cup in 1965.

Finishing his NHL career with the Washington Capitals in 1979, Watson stuck around the DC area and opened up a bar in 1983 – ‘The Penalty Box’ – in Alexandria, Virginia that he owned until 2013. In homage to Watson’s career, the name was spent frequently in the penalty box as he amassed 2,212 career penalty minutes.

Watson is survived by his wife Lindy of 53 years, their two children Stephen and Lisa, as well as a brother, sister and two grandsons.

For more on the life and career of Bryan ‘Bugsy’ Watson, visit washingtonpost.com.