Peterborough Petes Player of the Week: Nick Robertson
Robertson registered a goal and an assist in a 4-2 Petes loss to the Sarnia Sting on Thursday night. He continued to explode offensively in a 10-3 Petes win over the visiting Mississauga Steelheads on Saturday night, scoring three goals. Robertson was named Saturday’s first star of the game and across the OHL, and retook the league’s goal scoring league with 16 tallies in 14 games.

Minor Hockey Player of the Week: Evan Fitzgerald (PMHC)
Fitzgerald and his Minor Atom AAA Petes competed in the 2019 Canadien Cup Tournaments a few weeks ago. His endless determination and effort saw him ranked as one of the top scorers of the tournament, which helped his team advance to the semi-finals.

Minor Hockey Player of the Week: Eddie Chambers (PHA)
For the first time in his life, Chambers is playing forward for the Minor Peewee A Petes team. He uses his skating ability to forecheck which forces a turnover by the opposing team. Chambers performs to the best of his ability every shift and remains a big supporter on and off the ice to his teammates and coaches whenever the team struggles. He leads by example in the dressing and leads the team in assists.

Minor Hockey Player of the Week: Chloe Newmaster (PGHA)
Newmaster has been the mascot for her big sister’s team for the last four years. Her love, passion and dedication for the Ice Kats has been described as incredible. She is well-known around the rink to many Ice Kats teams as she appears at practices, games and tournaments to cheer the girls on. 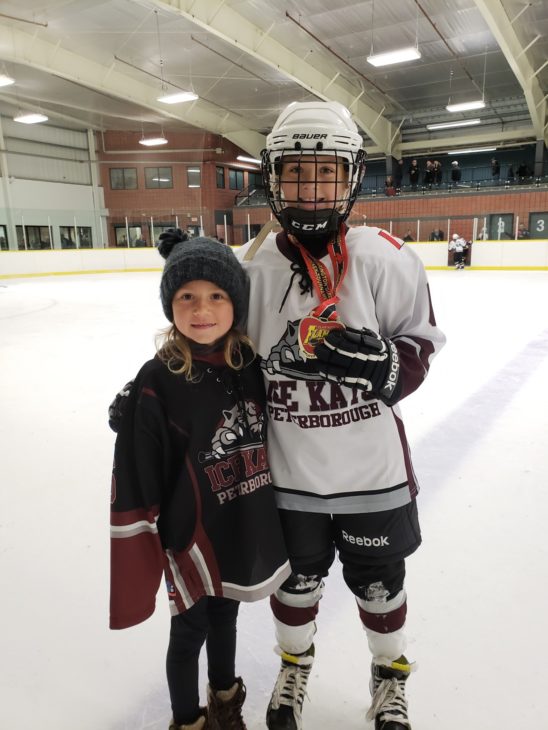 Minor Hockey Player of the Week: Tony Downer (Special Needs Hockey)
Downer, also known as ‘T-Bone’, started playing hockey at the age of 34 and quickly improved to a great two-way winger. Hockey has made a difference in his life on and off the ice as he’s established great friendships with his teammates and aids anyone who asks for it. Downer is described as the most genuine and kind person anyone has ever met. You’ll find him on the ice wearing #23 as he honours his favourite hockey player, Bob Gainey.