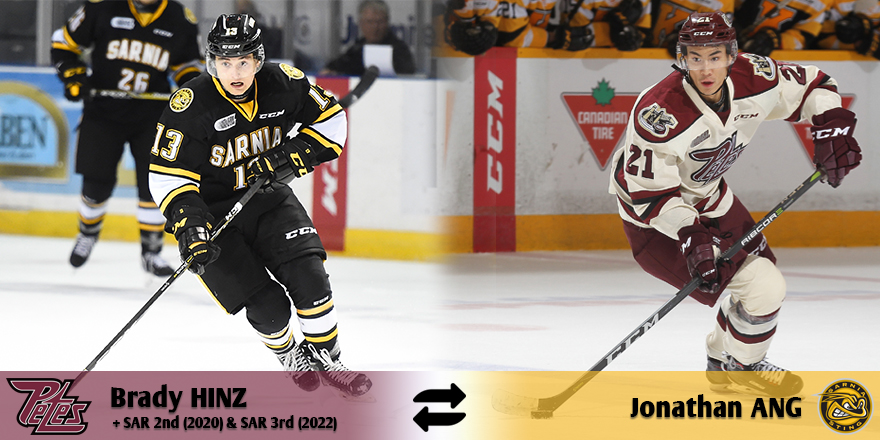 “By acquiring Brady, we add a player to our team who has already been productive at the OHL level,” commented Oke. “He competes in battles, skates well, and has good puck skills. Additionally, we acquire some picks that we can use to add to our team in the future, be it through Priority Selections or through future player transactions.”

“As someone who has been a good player and committed member of our team for the past three and a half seasons, it is difficult to see Jonathan go,” added Oke. “However, I believe this is a move that was in the best interest of the Petes now and in the future. We wish Jonathan nothing but the best this season and beyond as he pursues a professional hockey career.”

Hinz is expected to be in the lineup when the Petes host the Guelph Storm at the PMC on Thursday, January 11 at 7:05pm. Game tickets are available starting at $8 through the Collins Barrow PMC Box Office, online or, by phone at (705) 743-3561.

Petes Holiday Flex Packs are available while supplies last. Receive four regular bowl flex vouchers to be used between now and January 20, as well as two Petes rocks glasses for just $59.99, a savings of over 40%.