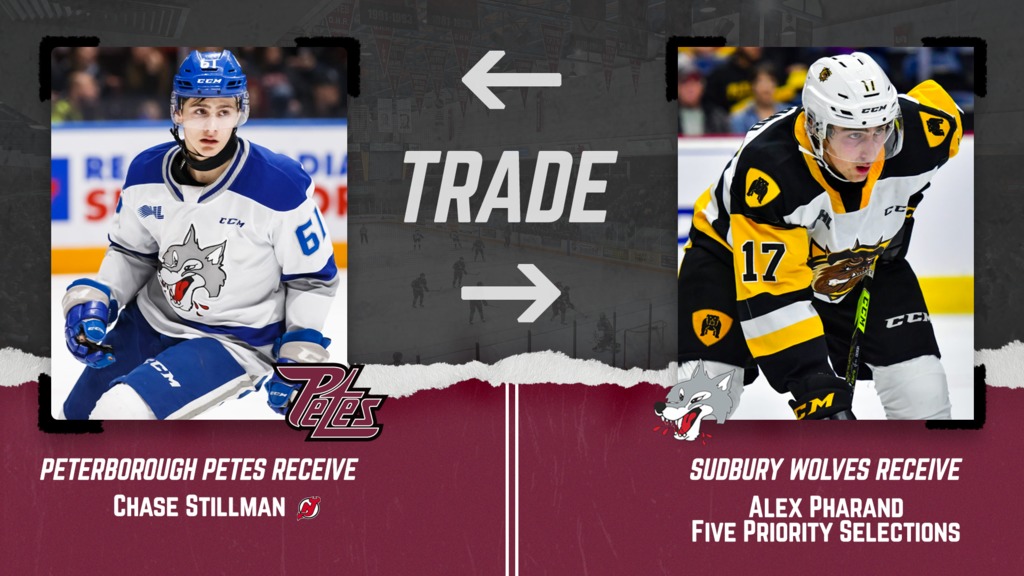 “We’re pretty excited to add a player of Chase’s calibre to our team,” said Oke. “He brings OHL and NHL development camp experience to our roster and we believe he’ll be an excellent fit for our club. We wish Alex Pharand all the best, he is an excellent young player with a bright future.”

“I appreciated my time in Sudbury and what they did for me,” exclaimed Stillman. “I think this is the right time for me to move on in my career. I’m excited to play with some promising guys like J.R. Avon who I played with for the majority of my minor hockey career. Rob Wilson has a reputation that speaks for itself, I’m excited for him to mold me.”

On the international stage, Stillman played for Hockey Canada’s Team White U17 Hockey Challenge in 2019, tallying four points (one goal, three assists) in six games. The forward contributed to Team Canada’s gold medal title at the 2021 U18 IIHF World Championship in Texas, after picking up two goals and two assists for four points in seven games. During the OHL’s pause last season due to the COVID-19 pandemic, Stillman suited up for Esbjerg U20 team in Denmark, amassing 16 points (nine goals, seven assists) in eight games.