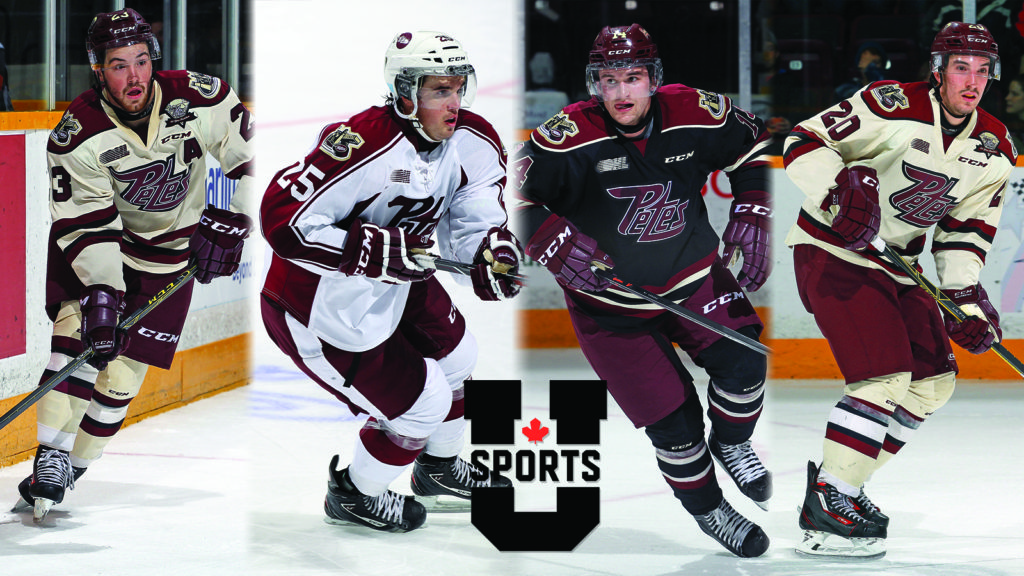 Peterborough Petes alumni are continuing to make their mark in the hockey world, with several graduates achieving success, both individually and as teams, at the U SPORTS (formerly CIS) level.

This weekend, Daniel Nikandrov (2015-16) won the OUA championship with the York University Lions, defeating the Queens Gaels 4-3 in a thrilling final. Nikandrov, who joined the Petes from the Sarnia Sting in his overage season after playing parts of five seasons in the Western Conference with the Sting, scored the third goal of the game for the Lions.

With the U Sports men’s hockey season coming to a close, individual athletes were recognized in their leagues for standout seasons. Hunter Garlent (2014-16), playing in his first season at St. Mary’s University, was named the Atlantic University Sport (AUS) rookie of the year, and was also named an AUS first team all-star and all-rookie. He was third in the nation in scoring with 18 goals, 27 assists, and 45 points in 30 games played.