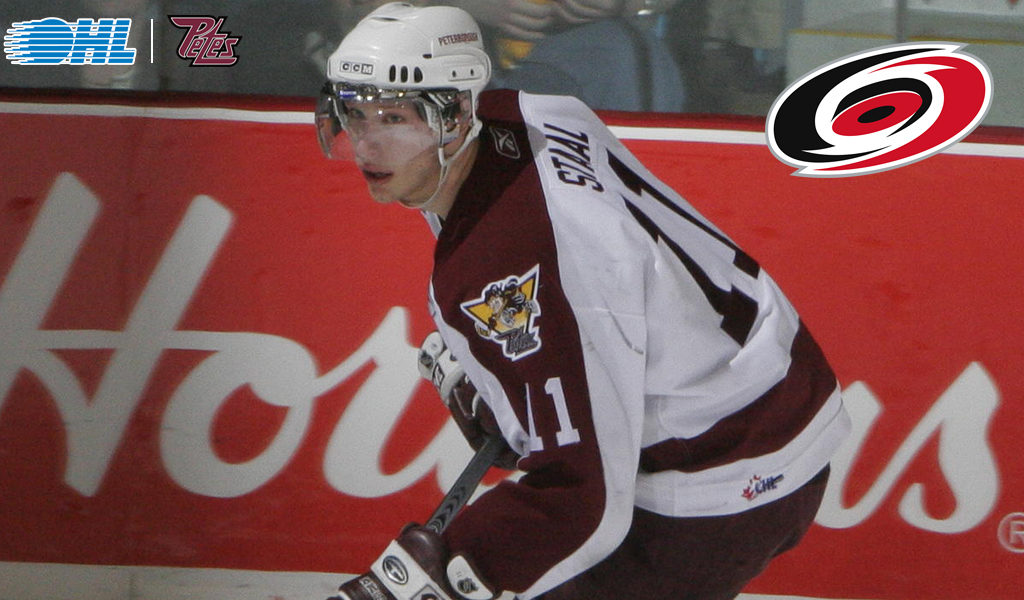 The Carolina Hurricanes have a Staal wearing the ‘C’ for a second time in their history.

Staal inherits the ‘C’ from another OHL graduate in Justin Williams who announced he’d be stepping away from the game prior to the start of the season.

Jordan Staal has been named CAPTAIN!

Staal has embarked on his eighth season in Carolina since being acquired from the Pittsburgh Penguins in June 2012. The 31-year-old Thunder Bay, Ont. native and former Stanley Cup champion was originally the second overall pick of the 2006 NHL Draft by the Penguins, being chosen just months after helping guide the Petes to an OHL Championship.

A former third overall pick in the 2004 OHL Priority Selection, Staal’s stay in the Ontario Hockey League lasted just two seasons before he made the jump to the NHL as an 18-year-old. He recorded 96 points (37-59–96) over 134 regular season games in Peterborough, playing a big part in the club’s 2006 title with 16 points (10-6–16) over 19 playoff contests.

First of the season for Captain Staal ? pic.twitter.com/HkMLYHUXS3

For more on the announcement, visit nhl.com/hurricanes.