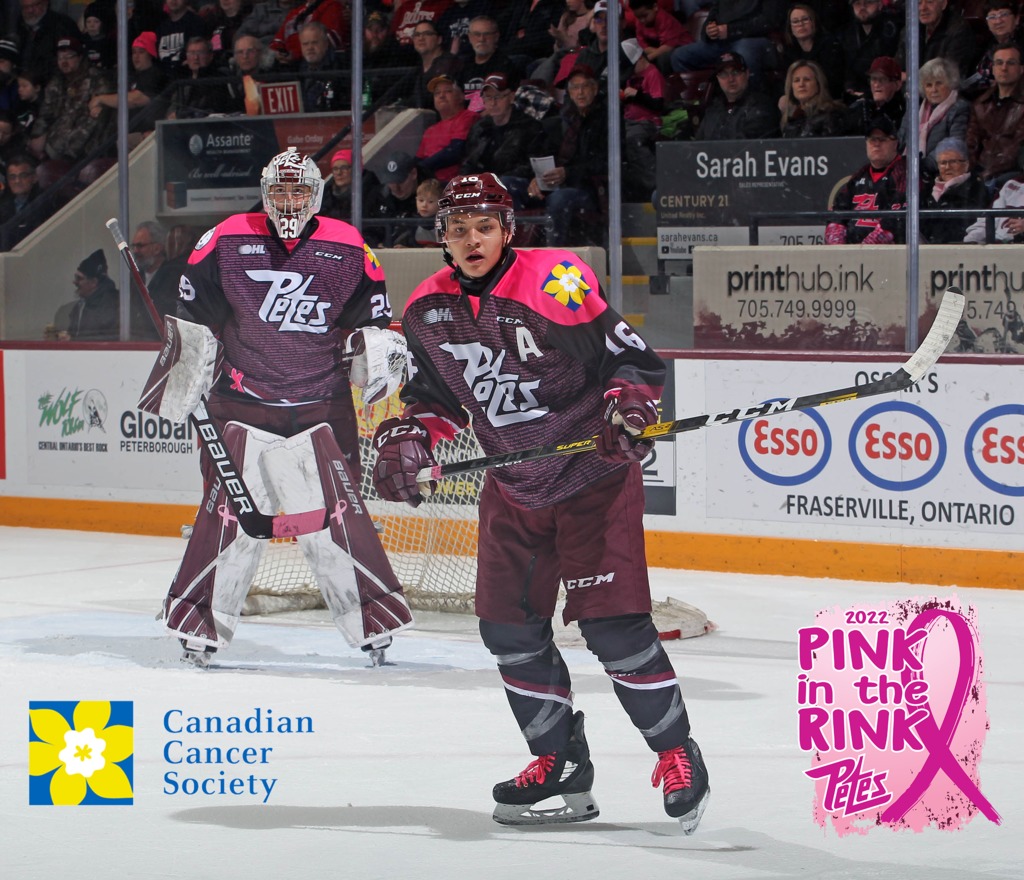 The Peterborough Petes announced today during a press conference that Petes Alumnus Doug Gibson and Global News Sports Anchor Meaghan Roy have been named honourary co-chairs for the Petes 13th annual Pink in the Rink game, which will be held on Saturday, February 5, 2022, against the Niagara IceDogs at 7:05 pm.

Roy began her broadcasting career at CHEX TV in 2007. She started as a part-time news reporter, and transitioned into sports in 2010, becoming the first female sports anchor at CHEX in 2014. Gibson is a reputable sports figure in the Peterborough community. He came up through the Church League and played three seasons with the Petes from 1971-73, breaking Mickey Redmond’s goal-scoring mark and competing in the 1972 Memorial Cup final.

After raising a total of $812,099 in the past 12 years, the Petes announced that this year’s fundraising goal is $50,000 with 100% of the proceeds going to support the Canadian Cancer Society.

This year’s jersey will feature the Canadian Cancer Society patch on the left shoulder and alumnus Gary “Diller” Dalliday patch will be on the right shoulder. Fans can purchase names for $20 each to be placed on the jersey by contacting the Petes Store at (705) 743-3681 or online. 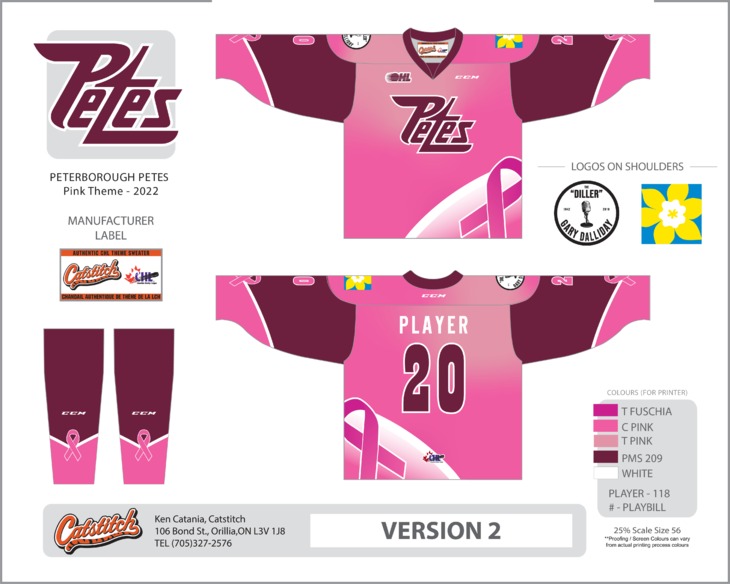 Away from the rink, fans can support this campaign by participating in Euchre Night at Southside Pizzeria, Darling Insurance Chilifest, and Petes Celebrity Servers at Kelsey’s, and Montanas, which will all be revealed at a later date.

This year’s major sponsors of the Petes Pink in the Rink include Alf Curtis Home Improvements and the Pyle Group at CIBC Wood Gundy.

Tickets for the 13th annual Pink in the Rink game on Saturday, February 5 against the Niagara IceDogs are available now through the Grant Thornton Box Office. For those interested in bringing a group out, can contact Ian MacGregor at the Petes Office at 705-743-3681 or by email at imacgregor@gopetesgo.com.