Petes Announce Full List of Winners in Who Wore It Best? Campaign

alumni Who Wore It Best? 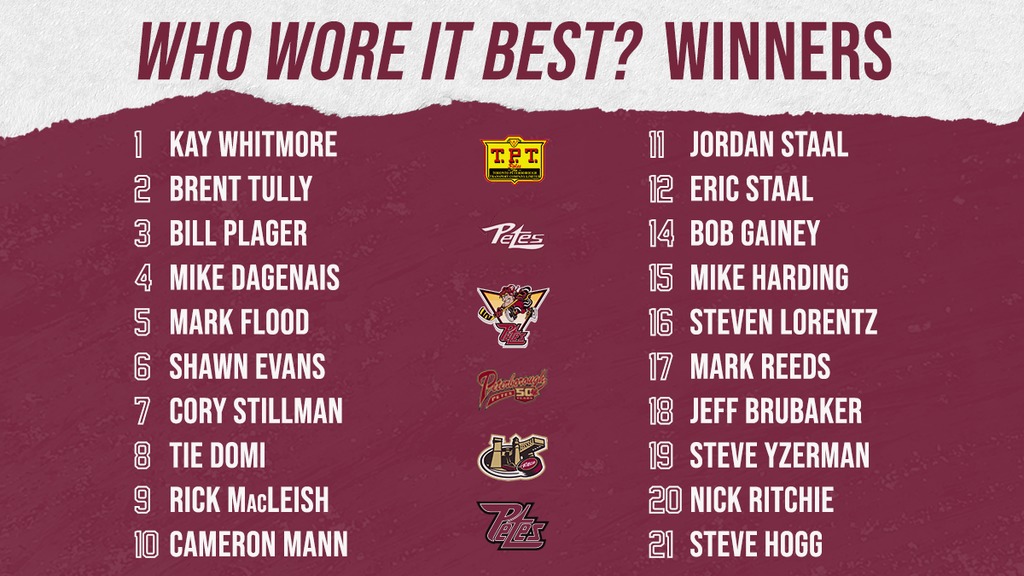 The Petes revealed today that 45,164 fans voted in the Who Wore It Best? campaign that launched on Friday, January 15 and concluded today, Thursday, February 4.

The highest number of daily votes recorded was 20,641 on Thursday, January 22 in the battle of jersey number 7, when Cory Stillman was awarded the winning title with 12,701 votes.

Over the coming days, fans, media, and the hockey community will have an opportunity to tell us who they think should have been included in the nominations from jersey number 1-21. Fans are encouraged to stay tuned on the Petes Facebook Page, Twitter, and website to learn about how they can write in.

The Petes would like to thank fans nationwide, alumni, and members of the media, for casting their votes and reflecting on the many great players who have worn maroon and white throughout Petes’ history.