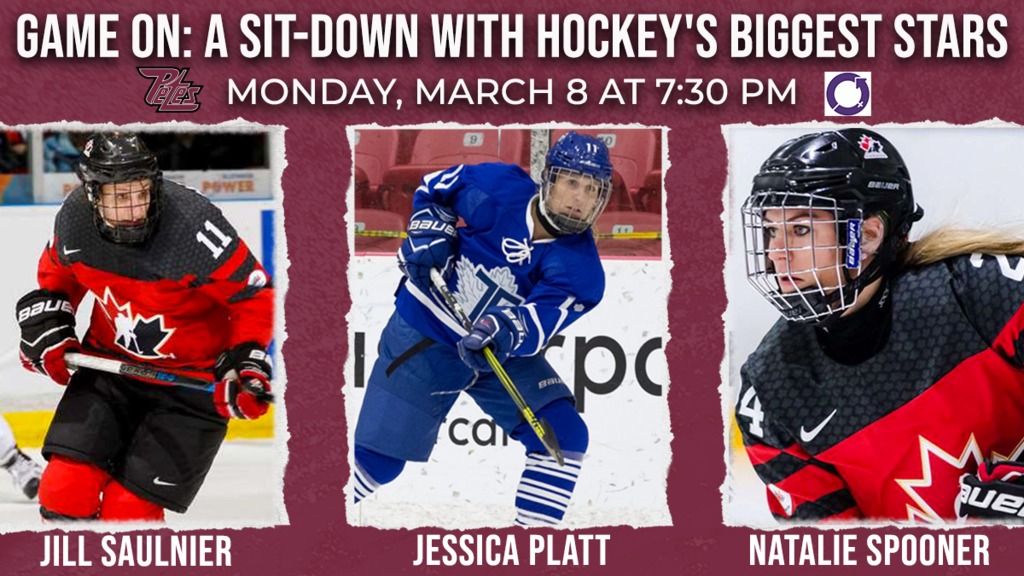 This International Women’s Day (Monday, March 8), the Petes will be streaming a virtual Q&A with some of hockey’s biggest stars. The show will air on the Petes Facebook page at 7:30 pm and on Periscope from the Petes Twitter page at 8:00 pm.

The Q&A will provide insight and highlight each woman’s journey throughout hockey, reveal the role models in their lives, and share their favourite moments of their prestigious careers to date.

Fans can submit video questions for each athlete by clicking here. In addition to the Q&A, the virtual show will feature messages from local members of the women’s hockey community.

As the Petes continue to recognize women’s involvement at various levels in hockey, the March 11 Thursday Night Live (TNL) broadcast will feature Andi Petrillo. The host of Leafs Lunch on TSN became the first woman to serve full-time with Hockey Night In Canada. The show will be broadcasted on the Petes Facebook page at 8:00 pm.