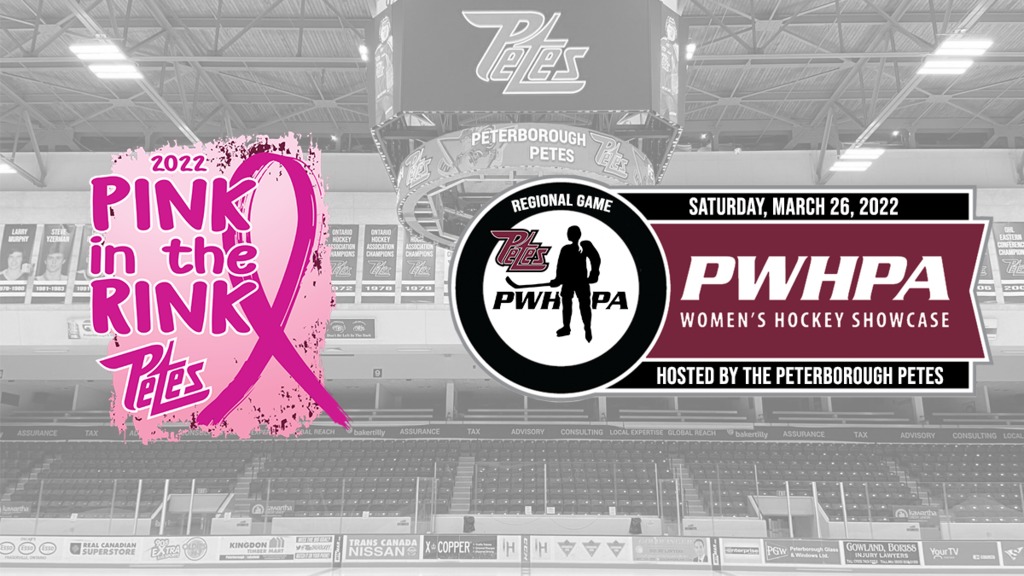 With a planned return to full capacity on March 14, 2022, as laid out by the provincial government, the Peterborough Petes have adjusted the dates for the 2022 Pink in the Rink fundraising event and PWHPA regional game between Team Sonnett and Team Harvey’s to better accommodate fans.

The Petes thirteenth annual Pink in the Rink fundraiser, originally scheduled for the game on Saturday, February 5, 2022, against the Niagara IceDogs at 7:05 pm will be moved to a future date where full capacity will be permitted. The new date will be announced in the near future. The game on February 5 will still be played, albeit at a reduced spectator capacity of 500.

The Professional Women’s Hockey Player’s Association (PWHPA) regional game between Team Sonnet and Team Harvey’s, originally planned for Saturday, February 19, 2022, has been rescheduled to be played on Saturday, March 26 at 7:05 pm.

Tickets for the PWHPA game hosted by the Petes are now on sale and can be purchased through the PMC Grant Thornton Box online, by phone or in person. For information on groups, fans should contact Hailey Bentley at hbentley@gopetesgo.com or call (705) 743-3681 ext. 221. Tickets purchased for the original PWHPA game will be re-issued the week of March 26.