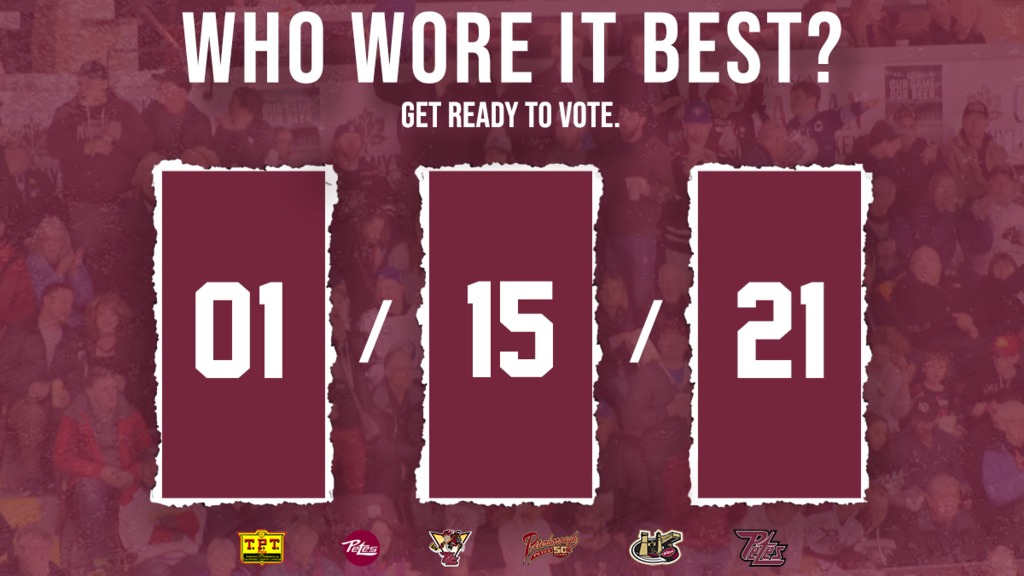 In celebration of the new year 2021, Petes fans are called to cast their vote to decide which Petes best represents their respective jersey number from 1 – 21. Polls open for the first round of voting on Friday, January 15 at 8:00 am.

For 20 consecutive days, the Petes are asking fans to decide the greatest Petes to wear numbers 1 – 21 (jersey number 13 will be excluded as it was not worn by a Pete). The top four predetermined finalists to wear each number will be highlighted every day from January 15 until February 3 on the Petes Twitter, Facebook, Instagram, and website and Petes fans will vote for who they think wore the number best.

Fans can vote in two ways:

Each poll will be open on the website from 8:00 am to 7:59 am and fans can vote as many times as they want for their favourite Pete, in addition to casting their vote on Twitter. Each vote counts towards the end result.

At the conclusion of each voting period, votes will be added up and the Who Wore It Best? winner from the previous day will be announced on the Petes Twitter, Facebook page, and website at 9:00 am daily.

“We have so many incredible alumni who have gone onto huge careers. This initiative gives fans the opportunity to tell us what players resonated with them the most while they were a Pete,” says Petes Director of Marketing & Growth, Shelbi Kilcollins.

Every Thursday Petes fans are encouraged to tune in to the Peterborough Petes Facebook page for TNL. Each episode of TNL features an exclusive Q&A with special celebrity guests, a musical performance, cooking segments, and merchandise offers.