Petes Bounce Back With Victory Over Leading Knights 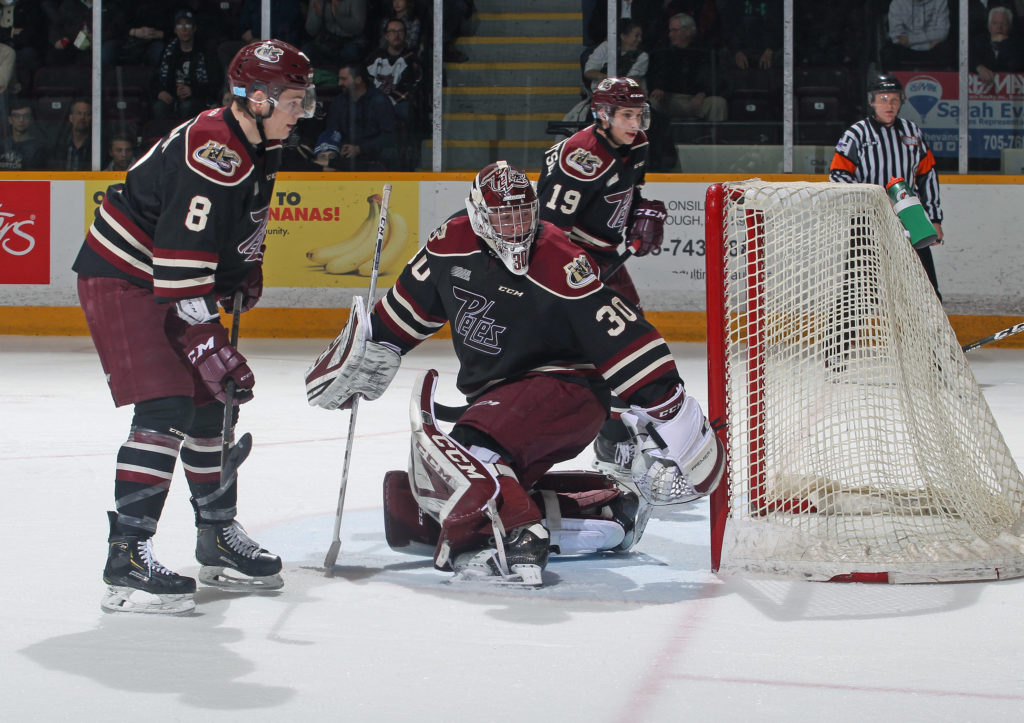 The Petes were back after their Family Day tilt against Niagara for the only meeting at the PMC of the season with the Western Conference leading London Knights. The Petes were looking for a decisive victory following a series of losses. Ultimately they would come out on top over the Knights by a score of 3-1.

London would get on the board first with a power play goal from Kevin Hancock which was assisted by two of Canada’s World Junior stars in captain Evan Bouchard and Ottawa Senators draftee Alex Formenton.

The Petes evened the score with 9:49 on the clock, as Nick Robertson took a puck down ice from the combined efforts of Liam Kirk and Ryan Merkley, which would tie it at 1.

The Maroon and White would soon claim the lead only minutes later with some stellar puck handling by Kirk and Chris Paquette which allowed Adam Timleck to find a crack in Joseph Raaymakers and make it 2-1 for the Petes .

After a quiet second period the score remained at 2-1 as the shots on goal stood one off from each other at 25-24 in favour of Peterborough.

Hangin' on to a one goal lead through 40 minutes! If you're not here, you're missing out – this has been a great game so far!#GoPetesGo pic.twitter.com/1BaRxknK8h

The third was tight with both teams trading chances, but with 32 seconds remaining the Petes solidified their lead with an empty net goal from Declan Chisholm. The goal was unassisted and finished the game on a high note for the home side.

The Petes would beat the Knights by a score of 3-1.

Final shots were 36-32 in favour of the Knights.

The three stars respectively were goaltender Tye Austin of the Petes, Kirk also of the Petes, and goaltender Raaymakers of the Knights with the Mark’s Hardest Working Player of the Game awarded to Adam Timleck

The Petes head to Niagara on Saturday before they are back in action on home ice on Sunday, February 24th to take on the Kingston Frontenacs at 2:05 P.M. Tickets are available through the Baker Tilly Box Office in person, over the phone at (705) 743-3561, and online.