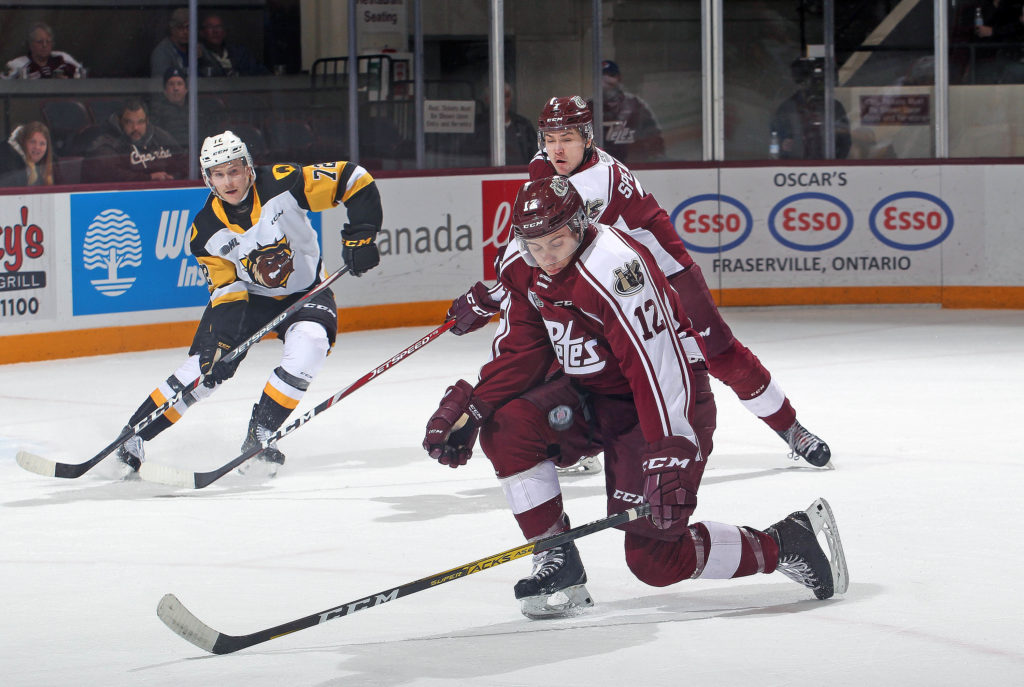 As the week continues to get spookier, the Petes (2-5-0-0) get ready to face the East Division leading Hamilton Bulldogs (5-2-0-0) at the Peterborough Memorial Centre this Thursday night in the clubs’ first meeting of the regular season.

The contest is the Petes first game against the Bulldogs since Mar. 5, 2020 – the Petes won 8-0 and the scoresheet included goals from Nick Robertson and Semyon Der-Arguchintsev (Toronto Marlies), Liam Kirk (Tucson Roadrunners) and Akil Thomas (Ontario Reign). This Thursday marks Scooby-Doo Night at the PMC. Scooby will make an appearance as an interactive mystery will take place throughout the game.

Left wing Emmett Sproule is certainly enjoying hockey in October. Since scoring in his first game as a member of the maroon and white on Oct. 7, the former Erie Otters’ draft pick is on a seven game point streak, potting four goals and tallying six assists. He and Kaspars Ziemins assisted on Samuel Mayer’s goal on Friday night. Mayer is the only Pete to score against the Frontenacs this season.

.@Samuel6Mayer fires a shot from the point and it gets deflected in front to tie this up! Ziemins and @Emmett9393 get the credits on Mayer's third tally of the year!#GoPetesGo pic.twitter.com/RXGhwTL5By

Sproule is on pace for over 90 points. His career high was 13 goals and 24 assists totalling 37 points in the 2018-19 season. Acquiring Sproule in exchange for a sixth round pick earlier this month could end up being one of best steals in junior hockey.

Sproule and center Tucker Robertson are the first Petes to reach the 10-point mark this season. Robertson has three goals and eight assists for 11 points.

Michael Simpson made his sixth consecutive start on Friday night against the Kingston Frontenacs. He is one appearance shy from being tied for most appearances thus far this season.

Hamilton defenceman Lucas Moore will receive a warm ovation from Petes Fans. The fourth-round, 66th overall pick in the 2021 OHL Priority Selection Draft grew up in Peterborough and is a PMHC Alumnus.

Entering Thursday, the Petes split last week’s pair of games while the Bulldogs lost three straight. Hamilton’s top scorer, Logan Morrison, has been held without a point in the team’s last two games. He has two goals and six assists through six games.

X-FACTOR
G Michael Simpson
You need your goalie to be your best player some nights and Simpson, who is playing really well, will need to be ready for a desperate Hamilton squad. The maroon and white are 2-1-0-0 at home.

Fans can watch Sproule, Simpson, and the rest of the Petes take on the Hamilton Bulldogs this Thursday, October 28 during Scooby Doo Night.