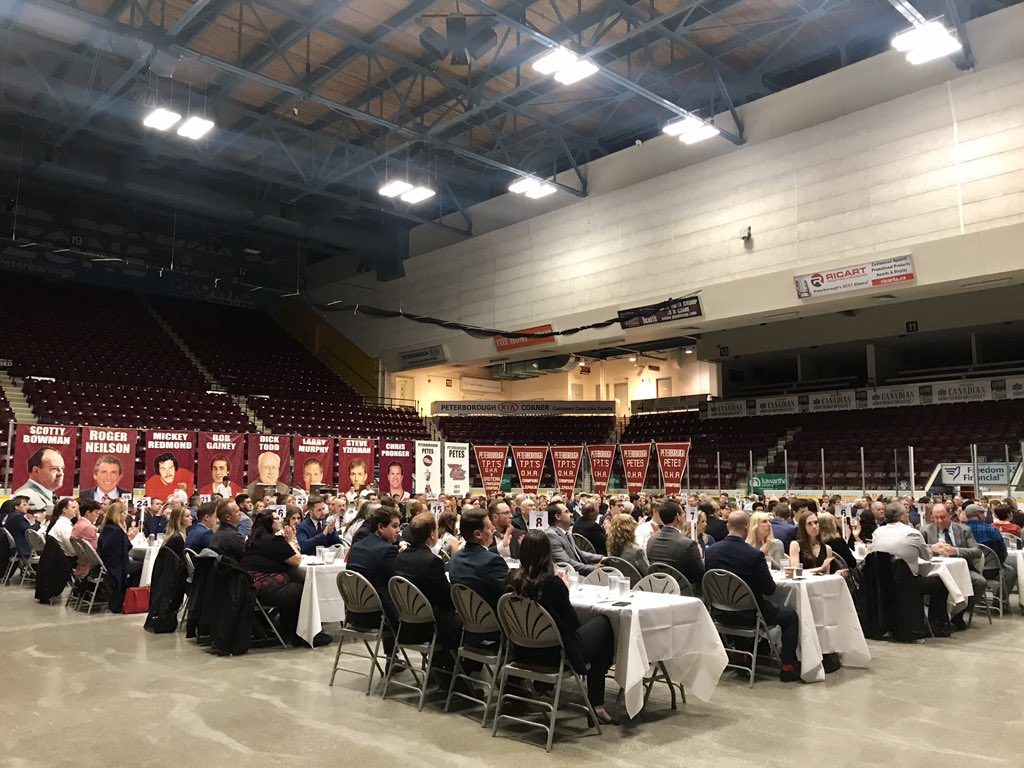 Peterborough Petes players, staff, family, and friends gathered at the Peterborough Memorial Centre on Friday, May 10 for the annual Awards Banquet. The night was packed with excellent presentations along with a phenomenal meal to commemorate the 2018-19 season.

Hunter Jones was the recipient of the inaugural Gary Dalliday Award, a new trophy to be given annually to the Petes player who excels most in the community.

“Perhaps no one in Peterborough recognized the importance of community more than ‘The Diller’,” commented Petes President Dave Pogue. “For that reason, this season the Petes have introduced this award.”

In addition, the Booster Club, Board of Directors, and Alumni Association presented gifts to the graduating and overage players (Fraser, Timleck, Paquette, Osmanski, Curran, and Hanna).

At the end of the evening, General Manager Mike Oke made a final presentation thanking the many individuals who help the team function. To conclude the event, Oke introduced players selected in the 2019 OHL Priority Selection and 2019 OHL Under-18 Priority Selection, presenting them with a draft hat and Petes jersey.

The drafted players and other prospects will compete at the 2019 Petes Development Camp on Saturday, May 11 at the Kinsmen Civic Centre. Fans are encouraged to attend the camp, details on which can be found here.